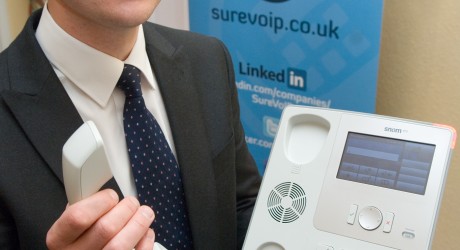 For the second year running, the company has been named as a finalist in the Best Business ITSP (Micro) category of the Internet Services Providers’ Association (ITSPA) annual awards.

SureVoIP is part of the Suretec Group which was established in 2003.

Based at Bridge of Don, Aberdeen the company has worked in locations as diverse as Canada, Nepal, the Netherlands and the Seychelles.

Commenting on the achievement, SureVoIP managing director, Gavin Henry, said: “Reaching the finals of these prestigious awards again is testament to the hard work and dedication of everyone in the team.”

Winners will be announced during an awards ceremony at the House of Commons on March 21st.

SureVoIP is regulated by OfCom and is a member of the Internet Telephony Service Providers Association (ITSPA).

The company is also the holder of an ITSPA Quality Mark accreditation.