Media Release: A 100 not out of hyperlocal news, as Leith TV celebrates 100th bulletin 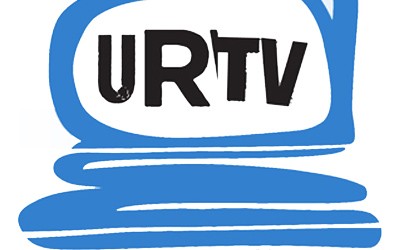 LEITH TV, said to be the first daily hyperlocal internet television channel in the east of Scotland, is to expand its services after completing 100 news bulletins.

Now, with 100 uninterrupted broadcasts to its credit, the channel is to introduce a variety of other on-demand video magazine features covering entertainment, sports, culture, local politics and opinions.

As part of the Community News Television (CNTV) network, Leith TV is one of number of online social media television stations being rolled out to towns across Scotland providing a daily diet of news, features and information for local communities.

“We have recruited some excellent people from Leith who live and work within the community to run the channel and provide local residents and businesses with the kind of video content that matters most to them,” said Brian Keating, director of CNTV.

“We are always looking for more local people to get involved in developing this local internet television channel specifically for their community.”

Leith has a wonderful history of being at the forefront of innovation and social development. It pioneered free education in 1555, introduced a free hospital service 171 years before the birth of the NHS and was the first to install electric street lighting in Scotland.

The are has produced numerous entrepreneurs, artists and heroes, such as Tom Farmer, Irvine Welsh and test pilot, Eric ‘Winkle’ Brown – who said to have flown more aircraft than anyone else in history.

“Leith has a colourful past, vibrant present and an exciting future. Leith TV will be there to document it and provide the whole community with open access to a valuable video resource,” added Brian.

Leith TV, using a platform and network support structure developed URTV, can be viewed anywhere in the world on any computer, internet enabled television and mobile device. The station even has a free iPhone application, the newsgatherer app, to allow viewers to film, record and submit their own videos to the channel for moderation and possible use.