Media Release: French Duncan reports surge in enquiries about how to reduce Corporation Tax to ten per cent with Patent Box 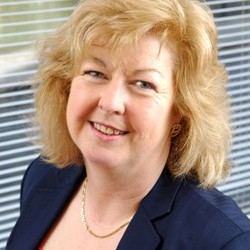 LEADING mid-tier accountancy firm, French Duncan, has reported a surge in the number of enquiries from companies about how Patent Box can reduce a portion of their Corporation Tax rate to just ten per cent.

An optional regime set to apply from April 2013, Patent Box can offer companies a ten per cent rate of corporation tax on income from the exploitation of patents.

Qualifying companies include those that own or licence patents granted by either the UK Intellectual Property Office, the European Patent Office or specified EEA countries. Companies must also have undertaken the development of the patent or product incorporating it.

Ann Somerville, tax partner and head of Tax at French Duncan, said: “While there is no immediate benefit for patents pending, companies can apply the Patent Box to patent income up to six years before grant, aggregate those amounts and then apply in the year in which approval is granted.”

Adds a spokesperson: “A reduced rate is achieved through an additional deduction, which is derived by either a formulaic or bespoke calculation in the corporation tax computation.

“Firstly, the ‘relevant IP income’ (RIPI) must be identified. This is any income from sales, licence fees and royalties, disposal, infringement or compensation of the patent. The ‘qualifying residual profit’ (QRP) is then calculated by reducing the RIPI by ten per cent of the allowable corporation tax deductions for personnel, plant and machinery and miscellaneous services.

“The QRP is then further reduced by 25 per cent (if the QRP is less than £3m) for ‘marketing assets return’ to arrive at the ‘relevant IP profit’ (RP) which is deemed to be inside the Patent Box.”

Said Somerville: “The higher the amount attributable to the patented product, the greater the saving will be.

“It is also worth noting that there will be annual savings under the Patent Box regime which should, in turn, increase the commercial rationale for holding patents.

“Over recent weeks we have seen a surge in the number of enquiries from companies about how the Patent Box can help them achieve maximum tax savings and assist them in the process from application to corporation tax computation.”