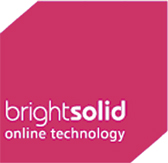 brightsolid Online Technology has reinforced its position as a Scottish digital champion with a major award win for its mass digitisation project with the British Library.

Dundee-based brightsolid’s work to digitise 40 million pages of historical newspapers has been recognised by ScotlandIS as the most successful IT project of the year at the Digital Technology Awards Scotland.

Just months after the successful public launch of the British Newspaper Archive – which is estimated to have attracted more than a million searches on its first day – it has now been recognised by industry peers as a Scottish success story.

“It is a great honour to be partnering with an organisation as renowned as the British Library and we’re delighted that the project has been delivering as we’d anticipated. This award is a great reflection of the vision of the Library and recognition of the fact that this resource is now helping bring history to life.

“There’s still plenty of work to do as we continue to add at least 10,000 pages every day to the archive, all of which contain unique stories and insights that would otherwise be locked away.”

Says a spokesperson: “The British Library holds in excess of 750 million pages of newspaper material dating back to the early 1700’s, including 52,000 local, regional, national and international titles, its archive is one of the world’s finest collections. Already brightsolid has ensured that 193 titles, published between 1710 and 1950, are available online.

“britishnewspaperarchive.co.uk was publicly launched in November 2011 with 3.5 million pages available to view. That figure has now reached 5.3 million pages and the target is to have 40 million pages online by 2021 – all of which is hosted from brightsolid’s Tier 3+ Data Centre in Dundee.”

Patrick Fleming, the British Library’s head of Operations and Services, London, said the digitisation project was unlocking a treasure trove of historical material for researchers and the British public and he praised brightsolid for its handling of the challenges.

He added: “This is a hugely ambitious project, making large parts of an unparalleled resource available to a much wider audience than was ever previously possible.

“For more than three centuries newspapers have provided a rich, running commentary on every aspect of life in the UK. While the original print editions are of huge value to researchers, only a small percentage of the population would ever have accessed them.

“Now our social history is being brought to life for this and future generations. Not only are these pages now available online, but they can also be searched by keyword, title, date or image – transforming the research experience.

“It is a credit to the expertise of brightsolid  that an undertaking of this scale has been run so effectively. The award is absolutely deserved.”

brightsolid Online Technology specialise in the architecture and secure delivery of critical technology infrastructures.  Some of the UK’s leading organisations including FTSE100 companies and major government departments run their internal and customers facing IT services on their UK-based private and hybrid clouds.

The company won the Award for Best IT Project at the annual Digital Technology Awards organised by ScotlandIS, the trade body for information and communications technologies (ICT) sector, including 200 software, telecoms, creative and IT businesses. More than 250 people attended the ceremony in Glasgow on June 21.