Media Release: West End is the ‘best end’, according to rental stats 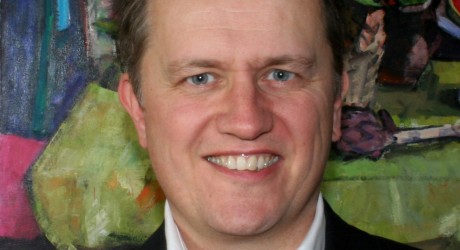 SCOTLAND’S West End neighbourhoods are the most expensive areas to rent in Scotland, according to the latest analysis from an online lettings site.

Citylets, the company behind the in-depth analysis into the private rented sector, has revealed that Aberdeen, Edinburgh and Glasgow’s West Ends all stand as the most expensive areas in each city with rents peaking at £974 for two-bed flat in Aberdeen, whilst the national average currently sits at £630.

This is not the first time that the West End areas of these Scottish cities have dominated the top ten most expensive places to rent, with Aberdeen and Edinburgh’s West Ends continually appearing at or near the top of the list over the last five years.

Other prime areas which appear on the list are Edinburgh’s New Town which now stands at £928 for a two-bed flat, up from £879 reported this time last year and also Aberdeen’s Bieldside, Cults and Peterculter area where the average two-bed flat rents are now £842.

Dan Cookson, senior analyst at Citylets, said: “It is no surprise that the West End areas in Aberdeen, Edinburgh and Glasgow frequent the list.

“The properties in these areas are of high quality and in great locations ensuring that they are continuing to be in high demand. Whilst these areas are the most expensive in Scotland the rents are still in reach of working couples who want to live in the smartest part of town but would not be able to afford to own an equivalent property in the same area.

“As for other areas in the most expensive list Edinburgh and Aberdeen continue to dominate with areas like Barnton and Cramond in the capital standing at £818 and Rosemount in Aberdeen £804.

Figures for Q2 2012 show that of the ten least expensive areas to rent in Scotland five are in or around Glasgow.

Other areas in Scotland which appeared in the most affordable rent bracket were Kirkcaldy with a typical two bed-flat rent costing £447 per month and Johnstone where the equivalent rent figure is £441.

The ten most expensive areas in Scotland in terms of rent levels are:

The ten least expensive areas for monthly rents are:

Citylets’ data report has become a respected guide for housing professionals including social housing and public policy makers. The report and associated rental maps are available for download here: www.citylets.co.uk/reports

Citylets was launched in 1999 covering Scotland and parts of N. Ireland. It is currently the UKs No.1 residential lettings site, according to online competitive intelligence agency, Experian Hitwise, and recently won Best Niche Portal at the inaugural PropertyDRUM awards in London in May.