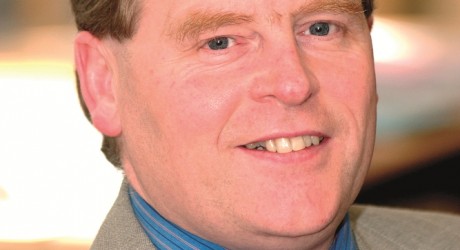 THE current market price for livestock reflects the basic economic rules of supply and demand, according to QMS head of economics services, Stuart Ashworth.

Looking at the pig sector, for example, he said, supplies are tightening across Europe.

“While the Scottish June 2012 census made grim reading in terms of future supplies of pigs, so too did the census results from across Europe.

“All the major pig producing nations of Europe have reported lower sow herds this June than last year. The biggest decline was in Italy, at 14 per cent, and the smallest in Germany at one per cent.”

The evidence is becoming clearer that mainland Europe is addressing the challenge of the impending partial stall and tether ban and this, said Mr Ashworth, is resulting in smaller, non-compliant producers, exiting the industry.

“While in the short term this inflates the number of pigs slaughtered, supplies will begin to decline,” said Mr Ashworth.

“Equally, however, we should not expect pig meat production to decline as quickly as sow numbers as these smaller, non-compliant businesses are unlikely to be as technically proficient as the bigger businesses which have invested in their future.”

Latest forecasts from the European Commission suggest unchanged pig meat volumes in the second half of 2012 followed by an anticipated three per cent decline in the first half of 2013.

“Given we are half way through the second half of 2012 supplies are beginning to tighten up.

“Following the basic rules of economics, average farmgate prices for pigs across Europe have increased by ten per cent since the beginning of August.

“More importantly the price is continuing to increase at a time when history would tell us to expect prices to fall,” he said.

Scottish producer prices have increased a more modest 1.5 per cent in Euro terms and three per cent in Sterling.

Consequently, competition for lower-priced European pig meat supplies has diminished and the recent improvements in producer prices are built on solid foundations.

“Similarly in the beef sector producer prices are being held firm by continued tight supplies.

“Set against a more modest reduction in one to two-year old cattle reported in the June census, the current slaughter volumes point towards a modest increase in prime stock numbers as autumn progresses although they may still fail to reach last year’s levels.

However, moving into 2013 Ireland is expected to increase production with the production forecast for the first half of 2013 over ten per cent higher than in 2012, the result of lower live cattle exports and a modest increase in calf registrations in 2011.

A modest increase in production is also expected across the UK in the first half of 2013.

In contrast to the pig and beef sectors, lamb production is heading towards its seasonal peak in terms of volume.

Poor weather conditions across the UK have certainly slowed lamb growth rates and slaughter volumes through June, July and August which all failed to match last year’s levels.

“While the Scottish census showed a modest decline in lamb numbers in June, England and Northern Ireland reported an increased lamb crop.

“Wales has not yet reported its June census but the four-five per cent increase in breeding sheep numbers reported in their December census does not suggest any shortfall of lambs expected there.

“Furthermore, with the volume of lambs reaching Irish abattoirs – currently running some 15 per cent higher than last year – it is easy to see the reason for the slide in Scottish lamb prices in the past month.”