Media Release: Trick or tweet – social media in the workplace 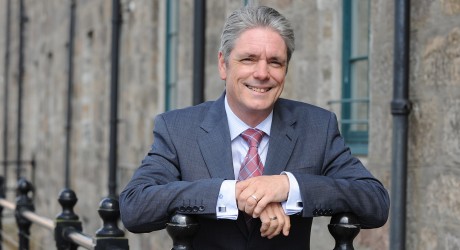 WITH Halloween creeping up on us, it has been reported that a frightening amount of misuse of social media and the internet by workers costs Britain’s economy billions of pounds every year.

Begins a spokesperson: “Everything, from discussing work clients and colleagues or posting unsuitable photos and videos, has resulted in nearly one third of employers disciplining employees for inappropriate behaviour on social media sites.

“Traditional workplace issues such as breach of confidentiality by employees, non-genuine sickness absence and bullying of colleagues can all arise online.

“One recent case saw a personal trainer at a sports club posting derogatory comments on his Facebook page, referring to his clients as ‘fatties’ who should ‘eat less’.

“This was noticed by said clients, who made the club aware of his actions, resulting in the employee being called to an investigation as he had breached the company’s social media policy.

“However, before this was taken to a disciplinary hearing the employee resigned.”

Empire, a leading Aberdeen-based employment law, HR and health and safety firm, has seen a rise in the number of disciplinary issues leading to tribunal cases surrounding social media issues, with employees use of the internet becoming a real nightmare for many businesses.

Managing director of Empire, Steve Cook said: “Social media has completely changed the way in which people communicate and we have seen a real rise in the amount of disciplinaries, grievances and ultimately employment tribunals regarding social media incidents.

“It is essential that employers start thinking about the possible consequences that can arise from employees spending time online.

“One bad Facebook post can affect your company reputation, so it is key that businesses take precautionary measures.”

The spokesperson added: “The social media phenomenon has taken the world by storm and has grown significantly over the last decade; with 80 per cent of households in the UK along with around 91 per cent of businesses having internet access.

“It is easy to see how social network sites such as Facebook and Twitter have become integrated into everyday communications with most people now owning a smart phone allowing access to social media platforms at any time.”

Empire’s dedicated tribunal advocacy department has seen an increasing number of clients requiring advice and representation for social media issues as employers struggle to control how an employee uses the internet in and out of work hours.

Empire’s team of qualified employment law solicitors advise that social media misconduct is handled the same way as any other employee misconduct.

Here are some tips for employers to avoid any horrifying social media pitfalls:

A well-written and comprehensive policy should be communicated clearly to employees to outline expectations of employee’s behaviour on social media as well as highlighting potential consequences of any unacceptable behaviour.

Limit use of social media

Where it is possible, limit your employee’s access to social media sites. You can block social networking sites from being accessed on work computers, however with the rise in smart phones it is unrealistic to think this would prevent employees updating their status. Perhaps, it is more reasonable to allow access at lunchtimes or breaks, so it is on their time and not yours.

It is important to train and educate your staff about social media use. If staff members include their job titles on their Facebook or Twitter pages, you could foot the bill for any damaging messages. Make sure that all your employees understand what is and isn’t acceptable, for example inappropriate language on their page. You could suggest employees write ‘opinions are my own and not those of my employer’ to prevent any potential problems occurring.

How to deal with employee misconduct

It is important that social media misconduct is handled the same as any other misconduct by employees. Empire assists businesses on all aspects of disciplinary action, from drafting the disciplinary procedure to representation at tribunal.

As social networking sites are a new form of communication and outlet for employees to express their views and opinions, it is important to remember this can be seen as a representation of your company.