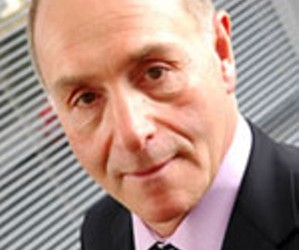 Robert Kerr, who was named Accountant of the Year in this year’s Scottish Accountancy Awards, reveals that when French Duncan raised its concerns about SME business owners having spurious accounts prepared by unqualified accountants to HMRC.

“I personally know of a number of business owners who have been told by unqualified accountants that they have no need to maintain any books and records,” he said.

“Rather, they simply turn up at their unqualified accountants’ premises once a year for a brief meeting, during which figures are plucked from thin air and submitted to HMRC.”

“Kerr suggests that the issue could be resolved overnight by the introduction of an HMRC requirement that only qualified accountants can prepare accounts in order to submit tax returns on behalf of businesses.”

He continued: “It’s scandalous that anyone can set themselves up as an accountant and operate without regulations.

“Just as home owners are required to appoint a qualified conveyancing solicitor to buy and sell a residential property, so it should be a requirement that business owners appoint a qualified accountant to prepare accounts in order to submit tax returns.

“That one simple change has the potential to add on billions of pounds to HMRC’s tax take – at the very time when the country needs it most.”

The spokesperson added: “Kerr is a member of the Institute of Chartered Accountants of Scotland Small Firms Working Group which, during a recent survey, highlighted a concern that the public interest is not well served by the existence of unqualified accountants in the marketplace as members of the public will not necessarily be able to assess whether unqualified accountants are competent and appropriately regulated.”