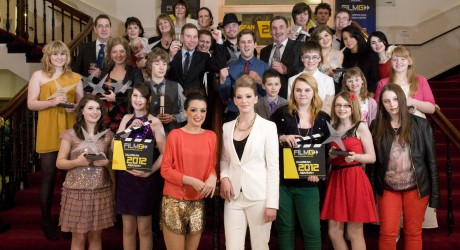 FILMG 2012/2013 is delighted to announce an important new collaboration with Fèisean nan Gàidheal and Watercolour Music in an exciting new addition to its competition categories.

Award-winning Highland recording studios, Watercolour Music, and Gaelic singer-songwriter, Alasdair Whyte, have made four of Alasdair’s own compositions available to the project – the songs feature on his debut album, ‘Las’, produced at Watercolour’s studios in Ardgour, Lochaber.

‘Las’, released on the Watercolour label and produced by Nick Turner and Mary Ann Kennedy, has been hailed as a major contribution to contemporary Gaelic songwriting.

Fèisean nan Gàidheal and Watercolour have also given FilmG filmmakers exclusive access to An Taigh Òran/Songhouse, an innovative song-writing project between FnG and Stòras Watercolour, a not-for-profit company established by the label’s directors to encourage emerging talent in Gaelic music.

The project, which produced eight new songs, gave up and coming Gaelic musicians the opportunity to work with established musicians and singers, including Alasdair Whyte, and to record their compositions.

Anyone interested in making a video for one of the new songs will be invited to attend a training workshop where they will also have the opportunity to meet Alasdair and the other young singer-songwriters – Caitlin MacNeil, Ceitidh Smith, Emma Leitch and Robbie MacLeod.

The winning video will be screened at the FilmG awards event in March 2013, where filming and editing equipment to the value £1000 will be awarded to the producer/director of the video.

FilmG was established by MG ALBA in 2008. MG ALBA chief executive, Donald Campbell, said: “This new collaboration promises an exciting fusion of emerging music and media talent, and we are very grateful for the opportunity offered by Fèisean nan Gàidheal and Watercolour.

“It is an exciting development for FilmG and we look forward immensely to enjoying the music videos early next year.”

Arthur Cormack, of Fèisean nan Gàidheal, said: “We were very happy to make best use of funding from HIE, Creative Scotland and Bòrd na Gàidhlig to collaborate with Stòras Watercolour in the creation of new Gaelic songs.

“We are delighted that the songs from An Taigh Òran may now be developed further into music videos through FilmG, giving them a life beyond the original project and much-needed exposure for an under-supported artform.”

Mary Ann Kennedy, of Stòras Watercolour, said: “Discovering and working with emerging creative talent such as Alasdair is always rewarding, and the encouragement we were able to give new writers in the Taigh Oran was very satisfying, especially as it forged strong links with a like-minded organisation in FnG.

“To be able to take this all one step further by offering this new opportunity to young filmmakers is very exciting indeed, and we can’t wait to see the results.”

FilmG, the Gaelic short films competition is established as one of the country’s best platforms for new work. This year’s theme is Hunger/Desire.

FilmG is project-managed by Cànan, the creative media, language resource and design company based at the Fàs Centre on the Isle of Skye.

Fèisean nan Gàidheal was established in 1991 as the independent umbrella association of the Fèis movement.

Watercolour Music is Scotland’s finest residential creative and recording facility, set on the shores of Loch Linnhe in Lochaber and run by the award-winning husband-and-wife team of Nick Turner and Mary Ann Kennedy.