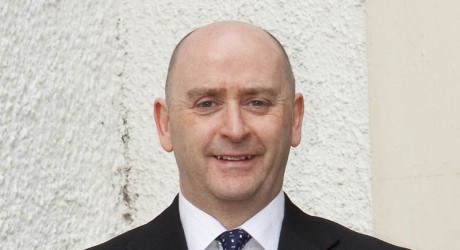 THE chair of the Highlands and Islands Press Ball Committee – John Ross – has won the Barron Trophy in recognition of organising the prestigious event over the past 25 years, raising over £75,000 for local charities, as well as for his outstanding contribution to journalism.

He will receive his trophy from Michael Russell, Scottish Government Cabinet Secretary for Education and Lifelong Learning, at the silver jubilee of the Press Ball at the New Drumossie Hotel, Inverness on Friday 1 February.

Based in Inverness, John is an award-winning journalist with more than 30 years’ experience of working for daily newspapers, as well as radio, television, magazines and private sector publications.

Beginning his career at the Press and Journal in Aberdeen, he has written news and feature articles on a broad spectrum of subjects including national and local politics, industry, education, transport, health, the environment, energy (including oil and gas, nuclear and renewables), crofting, land ownership and crime, as well as the arts and sport.

Later, working for a freelance news and public relations agency, he worked extensively for weekly, daily and Sunday newspapers and broadcast media and also contributed articles for corporate publications produced by Highlands and Islands Enterprise, BT and Ski Scotland.

Until January 2012, he had been Highlands and Islands correspondent with The Scotsman and Scotland on Sunday for over 16 years, covering an area from Shetland to Argyll and from Moray to the Outer Hebrides.

He is now news and media manager with Lucid PR, Events and Marketing.

As well as writing skills, his work in the area has given him extensive knowledge of the Highlands and Islands and helped him build up extensive contacts across a number of fields.

Gordon Fyfe, chair of the Highlands and Islands Media Awards Panel, said: “It is fitting that we recognise John’s huge contribution to journalism at the silver jubilee of the Press Ball.  He is the driving force behind this prestigious event, which has become a top date in the Highland social calendar and raises so much money for local charities.”

John is married to Lorraine, who assists in the organisation of the Press Ball, and he has two sons, Chris, who plays for Clachnacuddin, and Nick, who plays for Inverness Caledonian Thistle.

The Barron Trophy recognises a lifetime achievement in journalism in the Highlands and Islands.

For the full shortlist and more information on the Highlands and  Islands Media awards visit www.pressball.info
Follow us on Facebook at www.facebook.com/highlandsandislandsmediaawards