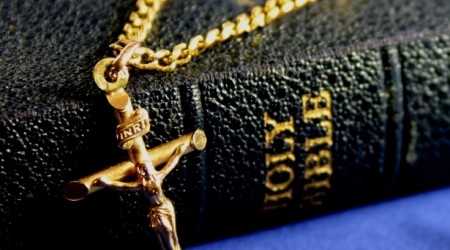 AN employment law expert from Tayside solicitors firm, Miller Hendry, is predicting that a flood of workplace reviews will follow yesterday’s landmark European Court of Human Rights (ECHR) ruling which has said that a Christian employee had her human rights breached when she was not allowed to wear a crucifix with her uniform.

Alan Matthew commented: “This judgement could require changes to existing company policies and procedures, particularly if employees are required to wear a uniform in their line of duty, and clearly outlines a need for employers to treat differing religious beliefs equally.”

Says a spokesperson: “The landmark judgement in the case of Eweida and Others v The United Kingdom looked at the limits of religious freedom in the case of Nadia Eweida, a practising Coptic Christian, who lost her job after refusing to keep her crucifix necklace out of sight when wearing her uniform.

“In a majority judgment from the Court, it was said that Ms Eweida’s right to manifest her religion under article 9 of the European Convention of Human Rights had been breached.

“Finding in favour of Mrs Eweida, the ECHR said that a fair balance had not been struck by the domestic Courts between her desire to manifest her religious belief and to be able to communicate that belief to others, and on the other side, her employer’s wish to project a certain corporate image.”

The spokesperson added: “The judges pointed to the fact that other employees had been authorised to wear items of religious clothing such as turbans and hijabs without any negative impact on the company’s brand or image.

“They also said that the fact that the company subsequently amended its uniform code to allow for visible wearing of religious symbolic jewellery showed that the earlier ban had not been of crucial importance.”

“One of the appellants, Ms Chaplin, a geriatrics nurse, complained that her employer had placed restrictions on her visibly wearing a Christian cross while at work.

“Although Ms Chaplin’s case appeared almost identical to Mrs Eweida’s, the EHRC dismissed her appeal, saying that the British Courts had resolved the competing rights in the case more equitably.

“She had been asked to remove her necklace by her employer, on the grounds of health and safety to prevent infections spreading on a hospital ward. The judges found those issues were inherently more important, and agreed that hospital managers were well placed to make decisions around clinical safety.

“For the remaining two apellants, Ms Ladele and Mr McFarlane, the Court dismissed their appeals saying that their employers had a duty to avoid discrimination against their clients, and so could not support staff who refused to work with homosexual couples.

“The ruling in favour of Mrs Eweida points to a duty on employers to accommodate workers’ desires to manifest their religious belief and the Court emphasised the importance of freedom of religion as one of the foundations of pluralistic, democratic societies.”

“This decision is a warning to employers to review their policies on how they handle religious views in the workplace. They need to make sure they strike a balance between corporate requirements and duties, and the employee’s right to practice and express their religion.

Any organisation that bans jewellery must have a legitimate reason for the ban if it amounts to indirect discrimination. That could be health and safety risks, as in the case of Ms Chaplin, or where employees are operating potentially dangerous machinery.”