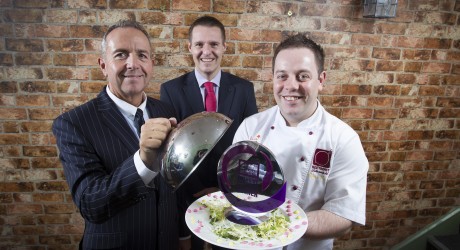 COMPETITION is set to heat up between businesses to secure a place in the final of one of the North-east’s most prestigious business awards.

The Grampian Awards for Business Excellence 2013 were launched at a special event at The Courtyard Restaurant in Aberdeen on Wednesday (30 January), setting the criteria for this year’s awards.

Registration is now open, which allows businesses to express an interest in the competition and receive an application form.

Formerly known as The Grampian Awards for Business Enterprise, the awards, which are in their 14th year, recognise and reward the hard work of entrepreneurial businesses and individuals in the region.

Mr McEwan said: “Running a successful business isn’t entirely about turnover and profit, it is also about innovating entrepreneurship and helping the local economy grow.

“The awards celebrate the creation of new entrepreneurs and mature entrepreneurs, as well as community based businesses, and gives enterprises the opportunity to showcase and celebrate their achievements and further raise their profile.”

Businesses can enter one or more of the following ten categories:

The ‘Spirit of Enterprise’ Award is a new category in this year’s awards aimed at recognising an individual or group that has overcome significant challenges to establish their business.

The Alick Buchanan-Smith Enterprising Communities Award, identifies and recognises organisations which operate for the benefit of their community and is awarded in memory of the former MP for Kincardine & Deeside, the late Alick Buchanan-Smith who was committed to enterprise and the small businesses in his local constituency.

It has been another successful year in business for 2012 Emerging Entrepreneur Mr Tonner, who runs well-known Aberdeen eateries, The Courtyard and La Stella.

His determination to succeed in the business world was rewarded by judges in last year’s competition.

Mr McEwan said: “Chris is a shining example of what the awards stand for and his hard work and determination make it clear to see why he has been able to make his business such a success.”

Mr Tonner added: “Winning the accolade last year meant a lot no only to me and my business, but also to my staff as they have been a great help to me and it recognised their efforts to.

“I would encourage people to enter the competition and my advice to them would be to spend time and effort getting their application right to ensure they stand out from the crowd.”

Awards are open to enterprises of all sizes in Aberdeen City and Shire. Registration Forms can be completed online from 1pm today at www.grampianawards.com to receive an application form and must be completed by 22 February.

The deadline for applications is Friday 1 March 2013.

The black tie awards ceremony will be held at Mercure Ardoe House Hotel on Thursday 27 June 2013.