Media Release: Scottish island hotel named among the best in the world for families 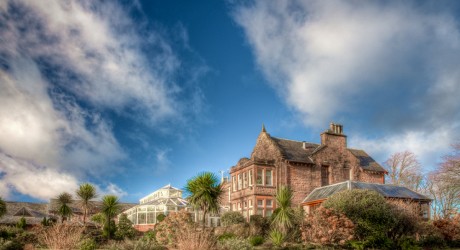 AUCHRANNIE Resort (located on the Isle of Arran) is celebrating the news that contributors to Tripadvisor (the online travel review site), have rated it the best hotel in the UK for families – furthermore, it has been rated the tenth best family hotel in Europe and 25th best in the world.

The news was announced as TripAdvisor unveiled the winners of its prestigious 2013 Travellers’ Choice Awards which honour the very best hotels in the UK and around the globe.

Linda Johnston, executive director of Auchrannie Resort, said: “We are delighted to have been voted the number one family hotel in the UK by the families on TripAdvisor. This is testimony to the efforts of our fantastic team who work hard to ensure families that visit us have an enjoyable and memorable stay.”

“For a relatively small resort such as Auchrannie to have found its way into the top 25 worldwide for families is an achievement beyond anything we could have imagined.

“We hope that this will prove significant in raising awareness of both Auchrannie and the Isle of Arran at an international level.“

The news will be a further boost to Auchrannie’s year-long celebrations marking its 25th anniversary.

At the heart of the beautiful isle of Arran lies the multi-award winning, family-owned Auchrannie Resort (first opened in 1988 as a 16-bedroom guesthouse).

Auchrannie consists of two, four-star hotels; the romantic and relaxing ‘House Hotel‘ catering for couples and those wanting a more intimate experience whilst the contemporary ‘Spa Resort‘ is popular with families and those prefer a more modern feel to their surroundings.

In addition, the resort features 30, five-star self-catering lodges, three outstanding restaurants and bars, two leisure centres offering pools, saunas and gym, plus the 300sqm Playbarn – a must for kids of all ages. New for 2013, Auchrannie is soon to open the ‘ASPA’, a purpose built spa experience offering luxurious treatments, chill-out zone and relaxation space.

The onsite Adventure Cabin (operated by Arran Adventure) will ensure older kids are well catered for. Take part in fully supervised archery, sea kayaking, gorge walking or abseiling or hire a mountain bike and see the island on two wheels.

Our choice of three, award-winning restaurants happily cater for children (as well as adults!) with children’s menu and smaller portions available from the main menus.

About the Isle of Arran:

One of Scotland’s most accessible islands, Arran is often referred to as ‘Scotland in Miniature’, due to the dramatic contrast between the hills and mountains in the north, and sweeping moorlands on the south of the island.

A short, 55-minute ferry journey off the Ayrshire coast, Arran is easily reachable by those arriving into any of central Scotland’s main airports as well as those travelling by car, train and coach.

Whilst many tourists arrive on the island simply to kick back and relax, the island is packed with attractions and sights for visitors of all ages.

For those interested in taking in the beauty of their surroundings, Arran is full of woodland walks, coastal paths, glens and mountains all of which attract a diverse range of wildlife including red deer, golden eagles, red squirrels and even a basking shark or two!

Seven golf courses are dotted around the coast, each one featuring stunning views and an unique playing experience.

Any trip to Arran would be incomplete without sampling some of the local produce, take in a tour of the islands very own distillery and brewery, enjoy the speciality cheeses and chocolates and of course pamper yourself with the world-famous ‘Arran Aromatics’ luxury toiletries.

MEDIA RELEASE posted by Auchrannie Resort. You too can post media releases (aka press releases) on allmediascotland.com. For more information, email here.