Media Release: National Theatre of Scotland announces a stellar cast of Scots performers for the Scottish premiere of the Norwegian classic, A Doll’s House 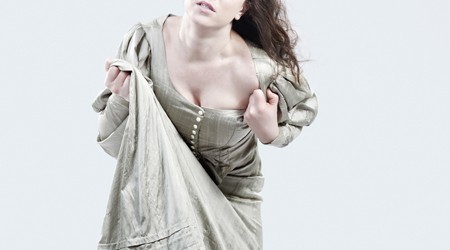 The National Theatre of Scotland and Royal Lyceum Theatre present

By Henrik Ibsen, in a version by Zinnie Harris

FOLLOWING the success of the critically-acclaimed production The Guid Sisters in 2012, the National Theatre of Scotland is delighted to be working in partnership again with the Royal Lyceum Theatre, Edinburgh to bring this new version of Henrik Ibsen’s A Doll’s House to the Scottish stage for the first time.

A stellar cast of Scottish performers have been assembled with the lead role of Nora being played by Amy Manson.

This will mark Amy’s return to the Lyceum where she won Best Performance (Female) in 2008 for her role in Six Characters in Search of an Author at the Critics’ Awards for Theatre in Scotland. Since then she has gone on to enjoy success in British film and television.

A Doll’s House caused outrage both in its style and content when first staged in 1879. Zinnie Harris has transposed her version from late 19th-century Norway to Edwardian London and shifted the tale of intrigue, fraud and betrayal from the world of finance to that of politics.

Her version has strong contemporary resonances, revealing a world where duty, power and hypocrisy rule and brings modern sensibilities to bear on Nora’s marriage, at the heart of the play.

This version premiered at the Donmar Warehouse in 2009, opening in the same week as the MP’s expenses scandal hit the headlines reflecting the play’s topical relevance.

Zinnie is a leading a playwright, screenwriter and theatre director.

For the National Theatre of Scotland she wrote The Wheel, presented at the Edinburgh Festival Fringe in 2011, winning a Fringe First and Amnesty International Freedom of Expression Theatre Award.

The Wheel is also set to the open the 2013/14 season at Steppenwolf Theatre Company, Chicago this September.

She also adapted and directed Julie for the Company, a new version of August Strindberg’s Miss Julie, which toured Scotland in 2006. Other plays include The Panel, The Garden, Fall, Solstice, Midwinter, Nightingale and Chase , Further than the Furthest Thing, winner of the Peggy Ramsay Foundation Award (1999), a Fringe First and a John Whiting Award (2000) and By Many Wounds.

Television credits include Born with Two Mothers, Richard is my Boyfriend and Spooks.

She is currently an Associate Artist at the Traverse Theatre, Edinburgh and is currently working on a Children’s novel and a new play for the Royal Court Theatre, London.

Graham McLaren is an associate director at the National Theatre of Scotland.

His production of Great Expectations is currently enjoying a successful run at the Vaudeville Theatre in London’s West End. Graham’s award-winning production of A Christmas Carol has sold-out successively in Scotland over the last two years, delighting audiences at The Old Kirk, Kirkcaldy in December 2012 and at Film City, Govan in December 2011.

The production won Best Production and Best Ensemble at the Critics’ Awards for Theatre in Scotland last year.

His acclaimed production of Men Should Weep enjoyed a sell-out run at the Citizens Theatre and a successful Scottish tour in 2011.

She has also featured in the highly successful spin-off Doctor Who series, Torchwood (2007).

Brian McCardie will take the role of Nora’s adversary, Neil Kelman (Krogstad). Brian has had an extensive career in film, stage and television.

He is well known for his role in Rob Roy (1994) and recent/forthcoming productions he has appeared in include The Damned United (2009) directed by Tom Hooper and Filth (2013) adapted from the Irvine Welsh novel.

Lucianne McEvoy will play the role of Christine (Mrs. Linde), Nora’s old friend and confidant.  She recently appeared in the National Theatre of Scotland’s The Making of Us, (part of the Glasgow International Festival of Visual Art, 2012) and Instructions for a Butterfly Collector with Òran Mór, Traverse and National Theatre.

She has also previously worked with Graham McLaren and the Royal Lyceum on Blood and Ice (2003).

Robert Cavanah will play Thomas (Torvald), Nora’s husband and member of the British Government’s Cabinet. Robert is a prolific actor, director, writer and producer and has an extensive career in film, stage and television.

He is well known for playing the role of Tommy Grant in EastEnders (2004) and Heathcliff in a television British television production of Wuthering Heights with Orla Brady and Peter Davison (1998).

Recent television credits include the TV series The Borgias (2011) and the TV mini-series Hatfields & McCoys (2012). Recent theatre credits include Men Should Weep by the Royal National Theatre, London (2010/2011) and MacBeth at Octagon Theatre, Bolton (2012).

Lastly, Kevin McMonagle will play the role of Dr Rank, a close friend of the Vaughan family. Recent theatre credits for Kevin include Twelfth Night by Royal Shakespeare Company (2012) and Kin by the Royal Court (2010).

He has worked previously with Graham McLaren on Educating Agnes (L’ecolle des Femme) by Theatre Babel (2008) and has also performed at the Royal Lyceum Theatre in Anna Karenina (2005) and The Prime of Miss Jean Brodie (2003).

Captioned performance on Saturday on 4 May at 2.30pm

Audio-described performance on Thursday 25 April at 7.45pm and Saturday 27 April at 2.30pm

BSL interpreted on Wednesday 1 May 7.45pm

Join in the conversation with #NTSDollsHouse