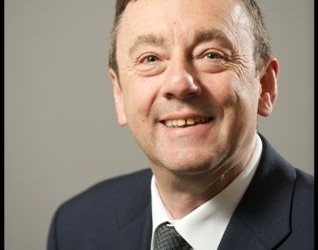 THE forthcoming Victims and Witnesses Bill should provide for victims to have a single point of contact to cover their social, financial and other needs after an offence has been committed against them – Victim Support Scotland’s chief executive, David McKenna, told an influential committee of MSPs.

Says a spokesperson: “In today’s (Tuesday, April 16) wide-ranging evidence session, to the Scottish Parliament’s Justice Committee which is scrutinising the Bill, Mr McKenna said that victims’ needs very often do not get picked up early in the criminal justice process and there should be a formal wide-ranging assessment of their needs and experiences that would follow them through the unfolding justice process.”

Said Mr McKenna: “It’s our experience that very often victims have to tell their story over and over again to different agencies, and this should stop.”

Mr KcKenna continued: “We all know how to show respect and dignity to the judge and the court, but too often we don’t do well with victims and witnesses.”

The spokesperson went on: “He added that VSS believes there should be a right enshrined in the Bill for victims to be able to challenge decisions not to prosecute, as is required in the EU Directive on Victims and Witnesses, and it was confirmed today that the Crown Office is reviewing the provision of just such a right.

“VSS strongly objects to this and calls for it to be removed from the Bill. Other issues highlighted were the victim surcharge which VSS supports; the need for victims’ to be kept informed of bail and parole decisions; the creation of a Sentencing Commission to set out what sentences should be expected and concern over the problem of victims and witnesses having to be in the same rooms or court areas as accused people or their families – particularly in the light of planned court closures.”

The service is free, confidential and is provided by volunteers through a network of community-based victim and youth justice services and court based witness services.

The charity helps around 170,000 people year affected by crime.