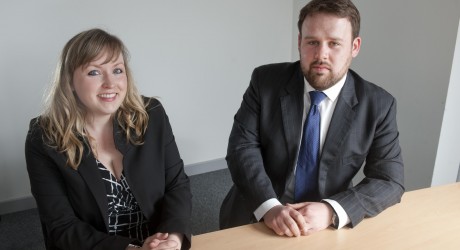 PEOPLE in Scotland facing a court battle to save their home now have two new housing law champions to help them in their fight against repossession or eviction.

Says a spokesperson for housing charity, Shelter Scotland: “Instead of being left to fight on their own, struggling tenants and homeowners can now access – free of charge – the help of two legal advisors newly deployed by Shelter Scotland, as the housing charity further expands and strengthens its law service.

“The two lay reps are part of a new programme developed by Shelter Scotland and funded by
the Scottish Legal Aid Board.  Both advisers are HODP approved (1).

“The lay reps will support more than 400 struggling tenants and homeowners over the next two years.

“Around 1,000 homeowners called Shelter Scotland’s free national helpline for advice on repossession in the last 12 months – a 44 per cent increase on the previous year.”

“Being able to offer this new service is a huge boost to our legal team and significantly increases our capacity and capability to support and represent our clients in court.

“There is a shortage of lay reps across Scotland and so this is great news for struggling tenants and homeowners. Where people in the past may have had to appear in court without legal representation, there is now a much better chance of getting the vital support and advice they need.”

Stuart Gillies, who previously volunteered for the CAB and In-Court Advice Service in Aberdeen, will cover the Scottish Borders courts of Duns, Jedburgh, Peebles and Selkirk.

1.    Background to HODP Lay Representatives: Since the introduction of the Home Owner and Debtor Protection (Scotland) Act 2010 there is now provision for lay representation in mortgage cases.

A HODP lay representative is an individual, other than an advocate or solicitor, approved by a person or body prescribed by the Scottish Ministers.

HODP lay reps differ in that they are subject to strict statutory requirements as to approval and authorisation before they can represent clients in court.

A HODP lay representative is also able to represent a client through all stages of a mortgage repossession case (unlike in landlord and tenant cases where this is limited to first calling).