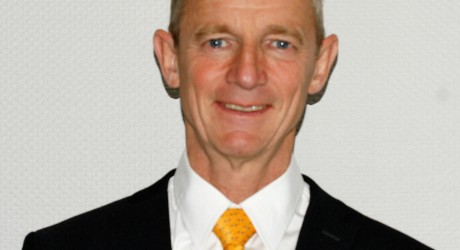 This latest move will add six new Nordic and Baltic countries to that list. Redeem is already the UK’s fastest-growing recycling company* and the largest mobile recycler in Europe. This latest move further consolidates the company’s stated intention to expand throughout Europe.

UPR Global started in Estonia less than three years ago, buying second-hand mobile phones from consumers via the web.

Redeem specialise in extracting the maximum value from traded-in mobile phone technology (recommerce) to help network operators retain and acquire customers by making it affordable to trade up to the latest models.

Like Redeem, UPR handle all aspects of the recommerce operation for the mobile network operators: integrating innovative software to market and manage online and retail trade-in, collection and processing of the handsets and their ultimate resale or recycling.

Jorgen Berg, newly-appointed CEO of Redeem OU, says: “Being part of the Redeem family allows us to access a lot of knowledge and experience.

“This brings us a unique opportunity to help grow Redeem as a global player by supporting MNOs and major enterprises in the Nordic Baltic region.”

Urvo Männama, founder of UPR and recently appointed business development director of Redeem OU, says: “Since our launch, UPR has enjoyed considerable operational successes and in the process delivered a great experience to our customers and clients.

“This acquisition brings together two great companies which are growing considerably. The combination of UPR Global and Redeem Holdings Limited, reinforced by the successful Redeem brand, will be a powerful force in international recommerce.”

Claes Svensson CEO of Redeem Holdings Limited says: “We are delighted that UPR will be our strategic platform for expansion into Baltic and Nordic countries.

“On top of existing contracts and a strong portfolio of prospects, UPR brings us a lean cost-efficient organisation for sourcing and processing of second hand phones. Over the last 18 months UPR has increased its turnover dramatically.

“We see good potential for further growth and our ambition is to triple that growth over the coming 12 months by developing the online and in-store tools in line with customers’ requirements, using UPR’s unique understanding of this marketplace. “

• Established in 20010 UPR Global OU is the Scandinavian and the Baltic market leader in mobile phone recovery, reuse and recycling.
• Currently UPR operates in six countries: Estonia, Latvia and Lithuania plus Norway, Sweden and Finland.
• UPR Global’s head office is in Tartu, Estonia, with satellites in Kaunas, Lithuania; Helsinki, Finland, and partner in Oslo, Norway.

Mr Berg is a Swedish national and has 15 years experience in various senior sales, marketing and general management roles within Sony Ericsson. More recently he was responsible for running a €170m turnover business unit within Sony Ericsson covering Central Asia and Africa. Prior to Sony Ericsson he spent 13 years with IBM in various sales positions with the latter three years at its headquarters in Paris within a group business development role.