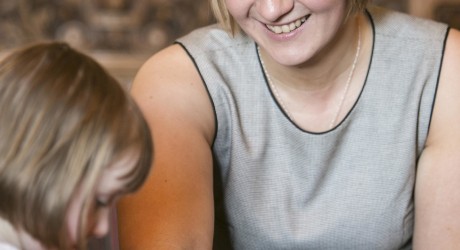 A MASTER chocolatier, cocktail guru and super-nanny have been recognised for their entrepreneurial vision, and are in the running for one of the North-east’s most prestigious business awards.

The three young local business owners, Jamie Hutcheon of Cocoa Ooze; Adrian Gomes of 10 Dollar Shake and The Tippling House; and Joanne Gardiner of J Puddleducks Childcare, have been shortlisted as finalists for the Emerging Entrepreneur category in the 2013 Grampian Awards for Business Excellence.

The award recognises outstanding individuals under the age of 35 who have built a business with great potential and have made a recognisable mark in their chosen sector.

Here, we discover the secret of each young entrepreneur’s success:

It’s been a long way to the top for the award winning chocolatier and proud owner of Cocoa Ooze, Jamie Hutcheon.

After leaving school at the age of 17, Jamie went on to work as a full-time as a pastry chef at a five-star hotel in Aberdeen, and after training with world-leading chocolatier, Callebaut, his passion for chocolate became apparent.

He also felt his hunger and potential entrepreneurial acumen wasn’t being utilised to its full potential, and so decided to take the brave decision to go it alone. While still working full-time, he started his bespoke chocolate business in 2008, working from his parents kitchen.

Due to the popularity of his mouth-watering chocolates, Jamie was eventually able to open his first production facility and coffee shop in Peterculter in August 2012. More than 500 people attended the launch day, and Jamie sold out of all stock within two hours.

Cocoa Ooze now employs nine members of staff and will soon be opening his second premises in Aberdeen city centre to cope with the increased demand. Jamie is also a finalist in the Entrepreneurial Supporter category, in the 2013 Grampian Awards for Business Excellence, which recognises individuals who have made outstanding commitment to supporting the development of local entrepreneurs.

Adrian Gomes, 33, co-founded 10 Dollar Shake in 2010 after more than a decade of experience in the hospitality industry. His vision was to provide a fresh and creative alternative in the bar and events industry by indulging his passion for high-end cocktails

Adrian’s main mission objective behind the business was to channel creativity in the bar and events industry, and the company delivers boutique pop-up bars complete with passionate bartenders, to a range of locations.

On the back of his success with 10 Dollar Shake, Adrian ventured on to open his first bar and restaurant, The Tippling House, on Aberdeen’s Belmont Street, in October 2012, serving high quality handcrafted cocktails and fine Scottish ales, as well as good food.

Adrian was inspired to create the Tippling House following research trips to locations such as London, Boston and New York, and the venue offers late-night casual dining options, table service throughout the evening, and a cocktail menu featuring contributions from bartenders around the globe, as well as original in-house creations from the talented bar team.

In less than a year, Adrian has recruited three full-time and eight part-time staff, and a number of sub-contracted staff members to work at the Tippling House, and has built a culture amongst his team to encourage them to appreciate the skill of bartending and the importance of continuous development.

Joanne Gardiner, 30, launched J Puddleducks Childcare in August 2008, with the aim of providing a comprehensive and personal childcare service with a home-from-home feel.

She started the company with a relatively small nursery, which catered for a maximum of 24 children, but due to continued success, work is underway to extend the nursery to accommodate 75 children.

Joanne is always looking for new ways to innovate and develop the business and the services that it offers. She currently has ambitious plans to launch a breakfast club, after school club and holiday club, which will be open to children from five to 12, and will operate on every school holiday and in-service day. As the company grows, Joanne will employ up to nine new members of staff to cope with demand.

The Grampian Awards for Business Excellence 2013, which are organised by Enterprise North East Trust (Enterprise), and sponsored by The Royal Bank of Scotland – Ahead for Business, culminates with an awards ceremony on Thursday 27 of June 2013, at the Mercure Ardoe House Hotel.