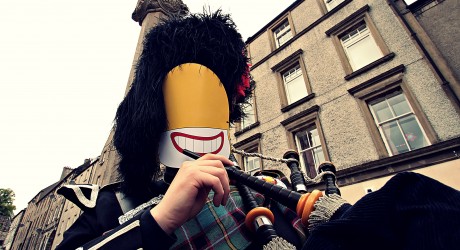 STIRLING is to host its first-ever Fringe-style arts festival this September.

In an attempt to emulate the success of Edinburgh’s mammoth Festival Fringe, Stirling is hosting 35 events from September 12-15, including art exhibitions, comedy shows, theatre, street performance and live music.

There is also a live performance of Vivaldi’s Four Season, a concert by the Stirling Gaelic Choir and a special acoustic show from Pete Townshend’s little brother and fellow Who guitarist, Simon Townshend.

Founder and director of the Stirling Fringe Festival CIC, Barry McDonald, said: “We hope to put Stirling as much on Scotland’s cultural and artistic map as it is on the historical map.

“Stirling’s creative community is growing and we hope to showcase to the rest of the country what a rich seam of artistic talent we have, as well as attracting some of the most talented performers from across the UK and beyond.

“Plans for the 2014 festival are already being made and we hope to grow on the success of this year’s festival.”

Tickets for shows go on sale from Monday, July 1. Further information from www.stirlingfringe.com