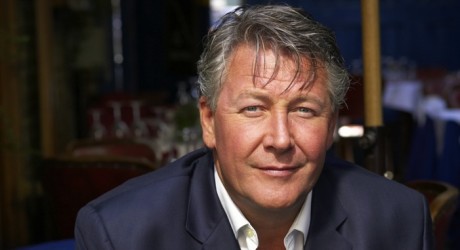 AN award-winning builders merchants is sponsoring a special celebrity appearance at a North-east home improvements and interiors exhibition later this year.

GPH Builders Merchants of Inverurie and Westhill, is sponsoring the appearance of well-known TV builder, Tommy Walsh, at this year’s Scottish Home Show.

The event, which is taking place at the Aberdeen Exhibition and Conference Centre (AECC) from 27-29 September, showcases all aspects of home improvements and is expected to attract more than 10,000 visitors over the course of the weekend.

Begins a spokesperson: “The show is welcoming celebrity builder, Tommy Walsh for the first time, where it is planned he will run four live demonstrations across the Saturday and Sunday of the event.

“The DIY guru is best known for his appearance in the BBC gardening programme, Ground Force, and other home improvement related programmes.

“His demonstrations will offer visitors to the event tips and advice on DIY and home improvements.”

Sales and marketing director for GPH, Nikki Mortimer, said: “We are over the moon to be sponsoring such an well-known name in the building industry, especially because he is linked directly to our line of business. This is the first year we will be attending the exhibition and have heard it was a great success last year so we are really excited for the weekend.”

Business development manager for TradesAdvisor, Isla Stewart said: “We are absolutely delighted to have GPH, a valued client of ours, as the sponsor of Tommy Walsh at the Scottish Home Show. This is our second home event, and it is already bigger than last year’s show, increasing from two to three days, and with over 200 exhibitors already confirmed, additional companies from around Scotland and the UK are continuing to join us each week.”

GPH Builders Merchants will be exhibiting at the event within the self-build zone and will be showcasing all products including landscaping, cladding, doors and floors and building timber and joinery.