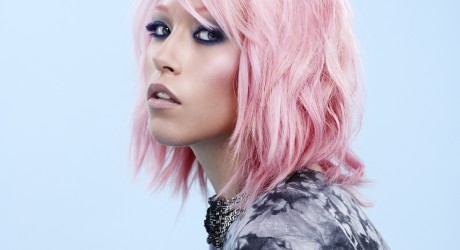 The racecourse announced that the acts have been signed up to perform after racing at the popular ‘Super Six’ fixture on Friday, August 23.

Ticket for ‘Ladbrokes Lanark Silver Bell Racenight featuring Amelia Lily and the Loveable Rogues’ are frozen at just £20 – representing no price increase despite the addition to the card of the two live acts.

All under-18s can enjoy free entry on the night, with any under-16s requiring to be accompanied by a paying adult to take advantage of the offer.

Middlesborough teenager, Amelia Lily, made X Factor history during the 2011 series by finishing in third place under the tutelage of Kelly Rowland, despite having to return to the show after initially being voted off in week one.

She has reached number two in the UK Charts with You Bring Me Joy, supported Girls Aloud on tour and will release a further single – Look Who’s Laughing Now – in July, a month before coming to Lanarkshire. Her debut album, Be a Fighter, is out on 29 July.

On being booked to perform at Hamilton Park, Amelia Lily said: “I can’t wait! I love being on stage in Scotland and promise to get the crowd going to help give them the perfect end to their night at the races.”

Also on stage in August will be The Loveable Rogues, namely  Eddie, Sonny and Té, who recently shot to fame with their “original, fun and organic” songs on ITV1’s Britain’s Got Talent 2012.

Since winning their fourth place spot on the show, the trio have hit the music scene in a big way – pulling in more than 200,000 followers on Twitter, signing to Simon Cowell’s Syco Music and first single ‘What a Night’ going top ten and achieving more than one million views on YouTube.

The band, which recently supported Olly Murs UK tour, said: “We’re really looking forward to performing with Amelia Lily at Hamilton Park. If there’s one safe bet for the night it’s that the Scots will be up for a party and we’ll provide the music to help get them in the mood.”

“Both acts have already proved hugely popular with the public and we’re delighted they’ll be taking the stage to entertain our crowds on what is one of our biggest nights of the season.

“We have decided to cap ticket prices for Ladbrokes Lanark Silver Bell Racenight featuring Amelia Lily and the Loveable Rogues at just £20 and as with all of our meetings we will offer free entry for all under-18s, with all under-16s requiring to be accompanied by a paying adult.

“With this entertainment on offer a match for the quality racing which will take place, not to mention advance tickets available from just £18, we believe it is one of the bargains of the summer.”

The historic Lanark Silver Bell race will take centre stage in an action packed race card at this meeting. This will be the sixth running of the Ladbrokes Lanark Silver Bell Handicap with the trophy itself believed to be the oldest sporting trophy in existence, dating back to 1165 when it was gifted to the people of Lanark by King William ‘The Lion’.

Hamilton Park Racecourse will again be handing over the ‘new’ Silver Bell trophy to the winner, commissioned and presented for the first time last year.

Group bookings, including a party package, must be pre booked at least three working days prior to the event.