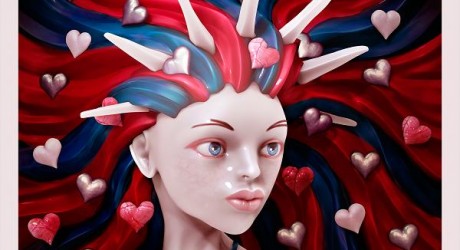 KIRKCALDY’S Joesoap Records announces the release of the latest EP from Universal You, MMXIII – I, available on all major download platforms from 29 July 2013.
MMXIII – I is a four-track EP that includes two covers and two original tracks. The headline track is ‘Love Song’ which was originally recorded by Scottish legends, Simple Minds, way back in 1981.
Universal You has combined their own potent and diverse musical DNA to create a throbbing current dance track with razor-sharp guitar hooks and singer Gulzhan’s sensual vocals, while still retaining the mystic of Simple Minds’ original with its 80’s European electronic undertones.
“If Madonna, Calvin Harris and John Frusciante jammed the night away in a hot Berlin basement nightclub, this is how they might sound.”
Listen to all four tracks here: https://soundcloud.com/paul-finnie/sets/ep-mmxiii-i/s-FndXN
Buy all four tracks here: https://itunes.apple.com/gb/album/mmxiii-i-ep/id651040809
Since releasing two Rock-influenced albums, the band has undergone a major transformation both in personnel and musical direction. Existing now as a two-piece, Universal You has finally followed their long held ambition to find a groove on the dance floor and in doing so has allowed their guitar riffs to organically grow and blend with their affection of the current dance and club scenes.
‘Love Song’ is already hitting the DJ turntables of Ibiza this summer as re-mixes by House DJ’s Hoxton Whores and Sonny Wharton (Fat Boy Slim Producer of the Year 2012) currently weave their way through the clubs of Europe and after fantastic response and support from DJ’s have gained radio airplay across the globe, including Ministry of Sound Radio, PulseFM, KissFM, RedFM, RTE radio, and as Sister Bliss (Faithless) Tune of The Day, 20 July.
Listen to all remixes here: https://soundcloud.com/paul-finnie/sets/dance-remixes
Buy all the remixes here: https://itunes.apple.com/gb/artist/universal-you/id292325692
The promotional video for ‘Love Song’ features an erotic mix of gold and silver painted bodies. The video was produced by Eyal Gamili who is an independent Israeli videographer and artist in Tel Aviv.