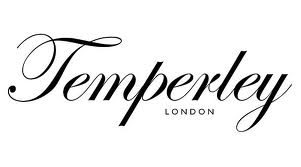 The blog will feature news, previews and behind the scenes insights launching with a film shot by Alice from the Autumn Winter 13 campaign styled in the deserts of Dubai, and industry profiles starting with Thandie Newton talking through her favourite, recently-worn  looks.

The site features a wealth of brand new editorial content; along with the blog, Alice will share her key picks of each season and a guest editor will regularly curate their selection on ‘Fashion Features’. August launches with Caroline Issa and the Pre Fall collection – Caroline is a great supporter of the brand who also styled the Pre Fall Temperley London look book.

The total re-design, which Alice has been an integral part of, is distinctly Temperley in aesthetic, seen most clearly in the visual ‘Temperley Timeline’, and offers a forward thinking, omni-channel retail experience for an effortless customer journey.

The shopping experience at Temperley bricks-and-mortar or online is now interchangeable. Tablets in-store will allow customers to immediately purchase pieces unavailable in stores and get their orders delivered home or use the new collect in store service. Alternatively, goods bought on-line can be returned to store – continuing the smooth and personal service customary to Temperley.

The web re-launch comes off the back of a retail success story for Temperley, with increased net sales on-line year-on-year by 200 per cent (2011-2012), which are up again by 100 per cent from 2012 to June 2013. Traffic has seen 60 per cent increase and Conversion is up by 40 per cent. The largest online market is still domestic, followed closely by the USA and the Middle East. This international reach is set to grow with the new and improved site.

MEDIA RELEASE posted by QueryClick. You too can post media releases on www.allmediascotland.com, by emailing here.