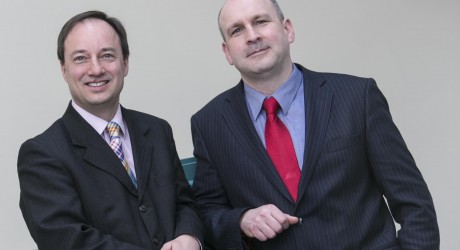 AN Aberdeen-based oil and gas consultancy has won a contract estimated to be worth six-figures to assist a major energy company on an ambitious North Sea project.

Embrion, which is based in Westhill, and works with a number of oil giants in the city, has been selected as the safety coaching provider for Technip during work to develop the subsea infrastructure on the Quad 204 project.

The specialist consultancy, which delivers tailored training packages, has deployed a team of six safety coaches to train employees on the various vessels involved in delivering the project in the North sea.

The expert team will assist Technip to maintain and enhance the safety performance as part of the Quad 204 project to replace the existing Schiehallion production facility with a new purpose built Floating Production Storage and Offloading (FPSO) vessel.

Operations director of Embrion, Jim McGovern, said: “We are already undertaking a number of safety coaching and training projects in the North Sea and Canada, but this three year project is our largest single project due to its size and complexity.

“It shows Embrion’s growing role as a major player in delivering safety solutions for the oil and gas sector.”

‎UK QHSE manager at Technip, John Colley, said: “Embrion has already started supporting the offshore teams and we are starting to see the benefits.

“As an organisation they have been very responsive to our needs, often at short notice, which is very valuable as our projects can be fluid in their delivery.”

Embrion is run by internationally respected professor of psychology and business consultant, Dr Jonathan Passmore, and former Royal Marine, Jim McGovern who has an experienced background in health and safety in the energy and construction industries.

The specialist company, brings the science of psychology to the practice of business performance and safety, focusing on people and their behaviours to help individuals and teams to reflect, learn and develop.