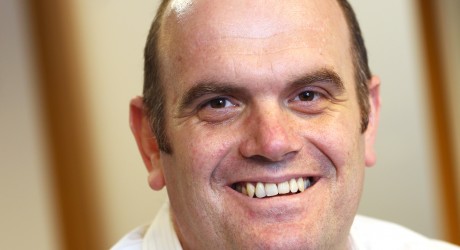 ABERDEEN-based Maritime Assurance and Consulting (MAC) has been named in the top five of a prestigious index of the best new British businesses.

The firm is one of five Scottish organisations to earn a place in the 2013 Startups 100 list, which has previously featured emerging brands including Notonthehighstreet.com – which last year had grown to be valued at £100million.

Launched in 2008, Startups 100 evaluates privately-owned companies on a variety of factors including innovation, financial performance and growth potential. This year’s index was open to companies with up to 30 employees which were launched from 2010 onwards.

MAC ranked fourth in the 2013 standings, which are led by My Parcel Delivery and have technology firm, Raspberry Pi, in second place. Senscraft, a firm focusing on mobile platforms, sits in third place with Hello Fresh, specialising in providing dinner kits with fresh ingredients, completing a diverse top five.

Founded in 2011, MAC has experienced impressive growth. For the most recent financial year, which ended in June, the firm recorded a 27 per cent rise in revenue – up £600,000 to £2.9 million.

Graeme Reid, managing director of MAC, said: “The Startups 100 index is incredibly diverse, both geographically and in terms of the industries represented, and there was very strong competition.

“For MAC to feature in the top five of all start-ups in the last three years is tremendous recognition of the hard work of everyone who has played a part in the company’s growth and innovation so far.

“At MAC we have a firm foundation to build upon – we have a wonderful team in place, have great customers, are engaged in some fantastic projects, and a healthy working environment, therefore we’re all incredibly enthusiastic about what the future holds.

“It is always encouraging to get a positive independent view, with the index representing a significant and welcome endorsement for the firm.”

Graeme Reid added: “We provide a comprehensive range of consultancy and support services but are a tight-knit team and that has been key to our success to date. We are ambitious with our plans for the future but are committed to maintaining the values which have been at the core of the business from day one. 2013 is shaping up to be another record breaking year for the company.”

The 2013 Startups 100 index features 51 service businesses, 24 from the technology sector, 20 in the product sphere and five social businesses. Of the 100 companies featured this year, 37 were founded outside of London – with Manchester and Bristol among the hotspots.

MAC’s achievement follows on from the firm winning the Service Business of the Year 2012 title at the UK Startups awards in London last December.

Issued on behalf of Maritime Assurance and Consulting (MAC) by Citrus:Mix. For further information contact Paul Smith on 01224 439990 or email paul.smith@citrusmix.com .

MAC is a member of the International Marine Contractors Association (IMCA) and the Marine Technology Society (MTS), providing a comprehensive range of consultancy and support services to the worldwide marine, construction, drilling and floating production industries. For further information visit www.mac-L.com .

MEDIA RELEASE posted by Citrus:Mix. You too can post media releases (aka press releases) on allmediascotland.com. For more information, email here.