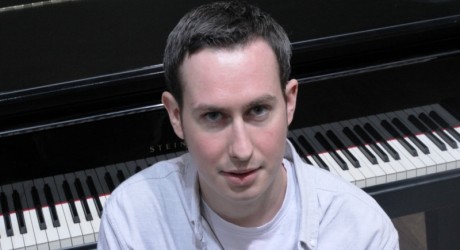 Neil will be responsible for co-ordinating digital projects within the RSNO, developing new methods of engagement for classical music in Scotland.

The new appointment will lead on creating new platforms and resources for reaching wider audiences by engaging members of the orchestra in digital activities.

The role also includes producing and managing a programme of initiatives with schools and communities across the country through the use of new technology and interactive media, both online and through workshops.

His puzzle platform game for Android and iOS devices is nominated for a 2014 BAFTA award and he was winner of the Dare to Be Digital games competition, beating 15 international teams in August 2013.

He has previously worked at BBC R&D on 3D audio for mobile devices and was part of the FascinatE project, developing an interactive live broadcast system.

One of the first initiatives to be realised through Neil’s appointment is a series workshops for new bands whose music spans multiple genres including pop, folk and indie. These comprise of mentoring sessions with RSNO musicians, supplemented with digital resources and online support for young musicians who wish to employ orchestration in their own original material.

Further planned initiatives include a performance with Eden Court, developed through their CashBack for Creativity workshops which will involve RSNO musicians playing remixed music along to digital projections and contemporary dance.

Said RSNO director of Learning and Engagement, Jenn Minchin: “The RSNO is on the cusp of significant change as we prepare to move to our new, purpose-built home in the centre of Glasgow.

“We plan to engage with audiences and communities in new and exciting ways and the arrival of Neil will help us deliver ever more sophisticated methods of reaching new audiences and increasing our relevance in this increasingly digital age.”

“The projects we’ve discussed so far have great potential, and with the organisation moving to new premises with bespoke space and digital provision, the orchestra has the potential to be at the forefront of audience engagement, something I’m very keen to be a part of.”

The RSNO is an equal opportunities employer. The RSNO is supported by the Scottish Government and local authorities in Scotland.