Media Release: Gary Barlow to lead from the front at Clyde 1 LIVE! 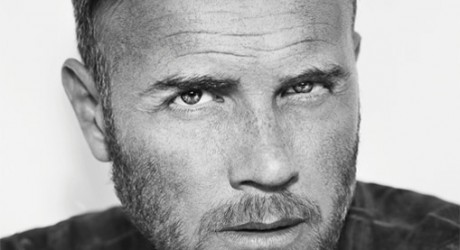 GLASGOW and the West’s number one commercial radio station, Clyde 1, has today (4 Dec) announced that Gary Barlow will kick off this year’s Clyde 1 LIVE at the SSE Hydro on Friday 13 December.

The station has confirmed that The X Factor favourite Gary Barlow will take centre stage, treating his fans to a mixture of classic hits and new material from his recently released album ‘Since I Saw You Last’.

It will be a flying visit to Glasgow for Barlow as the following day he will resume his role alongside fellow judges to kick off the eagerly anticipated The X Factor 2013 Final in London.

Then on Sunday, before the series winner is announced, he will be on stage performing his new single with Sir Elton John.

So on an extremely busy weekend for Barlow, event organisers are delighted one of the UK’s biggest stars has made the huge effort to take time out of his schedule and help start the celebrations by performing at Clyde 1 LIVE.

With Barlow scheduled to take the stage at 7.30pm, fans attending Clyde 1 LIVE are encouraged to plan ahead so they arrive in good time to catch the star’s much-anticipated performance.

Although public sale tickets have sold out, fans can still win their way to one of Scotland’s premier music events by tuning in to Clyde 1.

The station’s special ROX Office has five final pairs of gold-dust VIP tickets with unique experiences – including a special sofa on the stage – up for grabs.

To give these away Clyde 1 will run a number of on-air competitions for listeners all next week starting on Monday (9 Dec).

The lucky winners of these exclusive tickets will also enjoy a special meet and greet session with one of the acts performing via the last opportunity to get seats at the sold-out show, this unique ‘money-can’t-buy’ experience only available through the station.

“It’s always important to start these shows with a bang and we couldn’t have asked for a bigger name than Gary Barlow to do the honours at this year’s Clyde 1 LIVE. The man is an absolute legend and we’ve no doubt he will set the tone for what will be an amazing night.

“For any fans that weren’t lucky enough to bag tickets on general sale, I would urge you to listen in to Clyde 1 from Monday to Friday next week.

“Our amazing ROX Office competition will give away the final five pairs of tickets with money-can’t-buy experiences and you really can’t get closer to the action than on a sofa on the stage, not mention meeting one of our fantastic acts.

“Tune into Clyde 1 from Monday as you won’t want to miss the final chance to be at one of Scotland’s biggest music events of the year!”

Clyde 1 LIVE, in partnership with ROX Diamonds & Thrills, will kick off a year of celebrations to mark the station’s 40th birthday. The event will be the biggest ever hosted by the station with more than 11,000 music fans packing out the stunning Hydro to enjoy a mix of the very best UK pop music.