Media Release: In and beyond the manse as BBC ALBA looks at the role of the minister’s wife 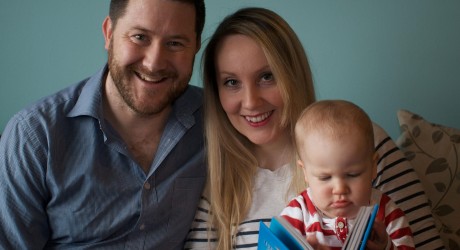 Bean a’ Mhinisteir / The Minister’s Wife

THE minister’s wife is a familiar figure to most in Scotland but how much do we actually know about their lives and how has this most traditional of roles adapted to an ever-changing world?

Bean a’ Mhinisteir / The Minister’s Wife is a new six-part series on BBC ALBA which follows the lives of three very different ministers’ wives.

Life for these women is often a far cry from the traditional stereotype of Sunday Schools, flower arranging and baking. They are as likely to be at the Edinburgh Fringe, distributing food to those in need or giving advice on pregnancy.

Mairi MacAulay is starting out as a minister’s wife in Tain where her husband Rev. Alasdair MacAulay has recently been inducted into Tain and Fearn Free Church. For Mairi, this is the beginning of a new chapter in her life as she, Alasdair and their young family adapt to life in the manse.

Ruth Rankin is a dynamic young community arts officer for the Church of Scotland and is married to Rev. David Rankin.

Their parish in Gracemount, Edinburgh has been in decline and is currently without a church building.

Follow Ruth as she supports her husband in his attempts to grow the congregation while combining her work in youth drama with being a wife and mother.

Jo Moir has spent the last five years in Cumbernauld and is married to Captain Stephen Moir, a Salvation Army officer.

However,  as well as being a minister’s wife, Jo is also an Army Captain herself and in Bean a’ Mhinisteir, she gives a fascinating insight into her role in the Salvation Army and how she balances the often socially demanding nature of her work with being a wife and mother.

Bean a’ Mhinisteir / The Minister’s Wife is produced by BBC Gaelic with funding from MG ALBA and will start on Friday 10 January 2014.