Media Release: Woodland, wetland and wildlife to get wind boost 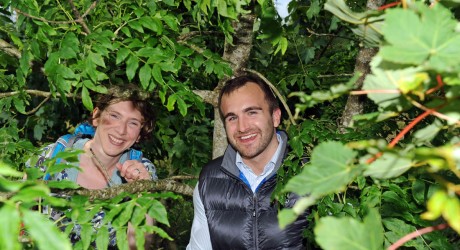 PART of the East Ayrshire countryside would be ‘significantly enhanced to benefit protected wildlife’, if a wind farm project is approved.

Wind energy specialists have laid out a series of improvements at the proposed 270-hectare site to restore degraded wetlands, revive protected native woodland and create hedgerow corridors which are a lifeline to wildlife.

Independent ecology experts were drafted in by Banks Renewables to conduct an environmental assessment and to make sure that plant and animal life in the area surrounding the proposed wind farm is protected and enhanced.

Scientists who carried out the extensive study said there would be no significant negative impacts on habitats and have worked with Banks Renewables to draw up a detailed blueprint of potential improvements.

The Hamilton-based company hopes to create an eight-turbine wind farm at the site, between Cumnock and New Cumnock, which takes in farmland, as well as ailing ancient woodland and other interesting habitats which are being eroded by current land use.

The detailed study was led by Scott Knowles, senior ecologist with Perthshire-based Heritage Environmental Limited, who said: “We are very pleased to be involved in a project that will increase the biodiversity value of the site. From the outset, our brief from Banks Renewables was to produce a plan that would be of long-term benefit to nature conservation.

“Certain habitats on the site have become degraded, mainly as a result of sustained agricultural practices. Consequently, we have drawn up a series of recommendations to restore and enhance these habitats.

“These improvements will result in a range of indirect benefits, particularly for bats and farmland birds. They will also help in achieving both local and national biodiversity targets.

“As well as providing measures to improve a block of degraded ancient woodland on site, we have drawn up plans for the creation of 25,000 sq metresof native, broadleaved woodland.

“This, together with 2.5 km of new hedgerow, will provide flyways and foraging habitat for pipistrelle bats which we have recorded on site. The new habitats will also provide new nesting opportunities for a range of bird species.

“Overall, we believe the plans we have drawn up on behalf of Banks Renewables will greatly improve the site’s nature conservation value.”

The proposals would help the area achieve important benchmarks of the Scottish Biodiversity List and address a number of policies within the East Ayrshire Local Plan aimed at environmental improvements.

Currently, two-thirds of the site is made up of grazing land and coniferous plantations which offer minimal ecological value. The effects of grazing and drainage have limited the areas of blanket bog, fen, marsh, and other wetland habitats.

Banks Renewables has committed to a series of measures to enhance the limited wetland areas, which would see stringent measures put in place to check progress.

A new belt of native, broadleaf woodland would also be created along the steep banks of the Watson Burn on the site, delivering further improvements. New trees, including Alder, Ash, Downy Birch and Hazel, would strengthen the banks, reduce water pollution, while also providing shade and root systems which encourage aquatic life.

Across the site, around 2.5km of new hedgerow would be created, featuring native species including Blackthorn, Crab Apple, Grey Willow, Hawthorn and Wych Elm. Those hedgerows would provide food and shelter for a variety of birds, insects and mammals.

Colin Anderson, director at Banks Renewables, said: “We have worked closely with groups, businesses and families across this part of East Ayrshire to ensure our wind farm would deliver real financial and social benefits, supporting good causes and creating jobs and training opportunities.

“Despite all of that, it is even more satisfying to know that if our plans are given the go-ahead then we’ll be doing a massive amount of work to restore some of the most precious aspects of the countryside, supporting plants and animals – all of which are irreplaceable.

“Most people know that wind energy will help give Scotland a clean, green, secure and sustainable source of energy that we rely on in every aspect of our lives, which are all hugely important to our future.

“But they probably don’t realise how we will actually be making huge inroads to protect and enhance very fragile habitats which are under threat right now.”

Banks Renewables is part of the Banks Group (www.banksgroup.co.uk), a family firm founded in 1976, which now employs over 400 people in the renewable energy, property and mining sectors.