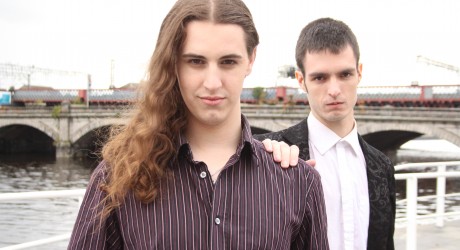 Fictional character, Detective Inspector Leah Bishop, got more than she bargained for when she accepted a transfer to the Glasgow branch of Interpol. Her new fellow officers are all monsters from Scottish folklore, and they have recruited her to help them solve a very human crime.

Caledonia is the latest offering from Glasgow-based theatre group, Cult Classic, whose previous works include Doctor Horrible’s Sing-A-Long Blog and the first amateur stage production of cult novel Good Omens with the permission of the authors.

Says the company: “We wanted an upbeat, fun, romantic story set in Glasgow, with an especially Scottish flavour. We felt that it was time the city had more to offer than the bleak, hard-man image generally depicted in television and film. While this trope does appear in Caledonia, it is generally with tongue firmly in cheek!”

Fantasy is not often used in programming about Glasgow, and the magic realism of Caledonia shows a whimsical side of the city. The talented and passionate actors are no strangers to comedy, or to the offbeat and unique.

“We are a group of geeks,” says, editor Jan van der Black. “Although we are geeky about different things, we have a lot in common!”

The cast and crew have worked diligently all year to help Caledonia come to life. The quirky, upbeat show is an innovative and original work showcasing the city of Glasgow as Scotland’s city of culture. Web series are on the rise as a new platform for original content, and Cult Classic believes that this is a modern and innovative opportunity to share their city with a worldwide audience.

Caledonia has been featured on BBC Radio Scotland and in the Glasgow Evening Times.

The second episode of Caledonia is now available at www.caledoniaseries.co.uk.