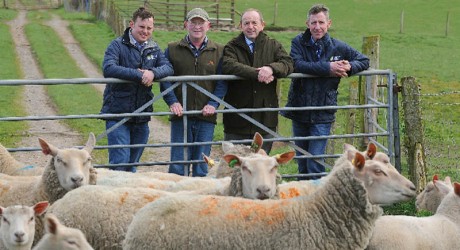 STIRLING Agricultural Centre is to become the new home for the premier sale of Charollais sheep as the British Charollais Sheep Society marks a new era for the breed.

United Auctions have been appointed the new auctioneers of the number one terminal sire for easy lambing, with the Scottish premier sale to be held on Wednesday, July 16th at the Stirling Agricultural Centre.

Having previously been held at Lanark for 25 years, the premier sale has been brought forward from August to align better with breeders’ needs.

It will be re-established and developed from Stirling with the introduction of two further sales, which will take place on Friday, September 19th for male and female Charollais sheep and Saturday, November 15th for in-lamb females.

Said Jonathan Barber, chief executive of British Charollais Sheep Society, which is also the number two terminal sire in the UK: “The move to Stirling represents a new era for us, in which we aim to create a strong central location in Scotland for Charollais, enabling our fellow breeders and commercial farmers in Scotland, northern England and further afield to buy high quality sheep.

“We’ve enjoyed a strong relationship with United Auctions for a long time and Scottish breeders have enthusiastically supported the move.”

Said George Purves, sales manager and auctioneer at United Auctions, who is based at the Agricultural Centre and facilitated the move: “We’re delighted to be conducting the premier sale of Charollais sheep. It will be the first sale in Scotland for elite lambs to be used on the pedigree sheep and an opportunity for breeders to buy stud sheep at the right time.”