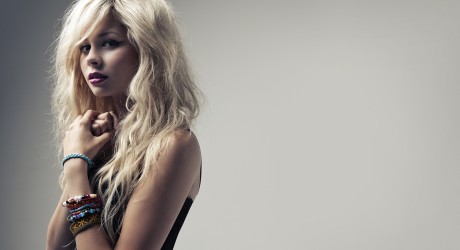 SCOTTISH singing and songwriting sensation, Nina Nesbitt, will ‘Stay Out’ this Sunday to make her radio presenting debut in a one-off special show.

The 19 year-old solo artist has been signed up by Bauer Media Scotland to host In:Demand Uncut on Sunday night, airing from  7pm until 10pm across Clyde 1, Forth One, Tay FM, Northsound 1, West FM and Radio Borders.

It marks a return to In:Demand Uncut for Nina after she performed as a guest on the show back in 2011/12 – indeed, she then became the first artist ever to enjoy a second appearance with another acoustic session soon after.

This Sunday’s show will feature the best new music featuring some of Nina’s favourite artists, as well as three of her very own tracks including from debut album Peroxide.

Ahead of Sunday’s show, Nina said: “I’m so excited to have my own show with In:Demand Uncut this Sunday. The show has supported me from way before my career took off so it’s always great to come back, say thanks and catch up.

“I’ve achieved so much in the last couple of years but in terms of highlights this will definitely be right up there – it’s a real honour. All my friends and family will be tuning in and I hope my brilliant fans will too.”

In:Demand Uncut is all about the freshest music and discovering new sounds, delivering interviews with some of the biggest acts from the scene as well as exclusive sessions and competitions.

Graham Bryce, group managing director for Bauer in Scotland and Northern England, said: “We can’t wait to hear Nina’s show as she’s a real favourite of In:Demand Uncut, we have been proud supporters of her since the very beginning.

“In:Demand Uncut is the place to be if you have a passion for emerging music so inviting Nina to host this special programme was a no-brainer after her meteoric rise in the last couple of years.”

For more on In:Demand Uncut:

The Bauer Media Group is one of the most successful media companies in the world. More than 570 magazines, over 300 digital products, and 50 radio and TV stations reach millions of people around the globe. The company’s portfolio also includes printing companies, postal services and services in the fields of distribution, marketing and media sales. The Group’s turnover is stable at more than two billion euros. With a new global positioning strategy, the Bauer Media Group underscores its passion for people and brands. The claim We Think Popular highlights Bauer Media Group’s focus as a publisher of popular media and provides inspiration and motivation to its more than 200 million consumers in 16 countries.