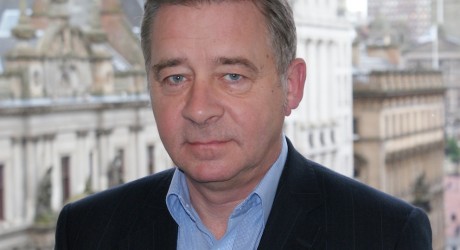 Survey of more than 1,000 teens reveals anxieties over debt and economy

• 56 per cent of teenagers worry about falling into debt themselves

THE majority of newly-enfranchised Scots teenagers preparing to vote in the Referendum on Scottish independence are worried about the outlook for Scotland’s economy if the nation votes ‘Yes’, according to the ‘Carrington Dean Scottish Teen Money Survey’.

The survey, which canvassed the views of 1,042 Scottish teenagers aged 15 to 17, was carried out independently by Carrington Dean, a Glasgow-based financial group which includes Scotland’s largest independent debt solutions business andprovides specialist advice on a range of financial issues to personal and corporate clients.

The survey, which was conducted online, asked a series of multiple choice questions related to financial issues and found that 64 per cent of teenagers agreed with the statement: “I worry about the outlook for the Scottish economy if Scotland becomes independent.”

Only 17 per cent said they were not worried, 13 per cent had no view and the remainder foresaw little impact.

The survey also tapped into deeper financial anxieties among teenagers, with debt emerging as a significant concern. More than half (56 per cent) worry about falling into debt themselves while 63 per cent worry about their families being in debt now or in future.

Peter Dean, managing director of Carrington Dean, said: “Our Scottish Teen Money Survey provides a uniquely comprehensive snapshot of the views of these first-time voters. It shows that teenagers are really engaged on critical issues for the nation.

“They are reaching maturity at a time when many families are struggling with debt and the problems it causes for families. It will be interesting to see how these financial concerns play out when they enter the polling booths in September.”

The majority (65 per cent) think that there is a stigma attached to being in debt and there was also widespread condemnation of payday lenders, with 74 per cent agreeing that “payday lenders take advantage of vulnerable people”.

The majority of survey respondents (90 per cent) were school pupils or college students with just five per cent in full-time employment and the remainder unemployed.

Teenagers are broadly optimistic that they will be better off than their parents when they reach their age, with 52 per cent expressing this view. Most (67  per cent) expect to inherit some  money from their parents, although 26 per cent say their parents can’t afford to leave them money and seven per cent expect their parents to have spent their inheritance.

Most teenagers want to own their own home with 38 per cent expecting to be able to afford to do so by the time they are 25, while 48 per cent expect to have to wait until they are 30 (a recent property report by a major bank found that the average age of first-time buyers is now 29).

Peter Dean commented: “Young people have high aspirations on home ownership but we have first hand experience through Your Mortgage Expert of the difficulties people can face in obtaining a mortgage.

“We’ve helped people of all ages to get a mortgage but many don’t appreciate the difficulties caused by a tougher lending climate.”

More than 98,000 Scots aged 16 or 17 (or who will be 16 by polling day on September 18) have already registered to vote, according to the National Records of Scotland.

That equates to around 80 per cent of newly-enfranchised teenage voters who have a one-off historic opportunity to have their say on Scotland’s future.

This age group constitutes three per cent of the total of four million eligible voters in the referendum and there is a paucity of authoritative intelligence on this demographic as few polls have gathered the views of 16 and 17 year-olds in significant numbers.

A survey of 1,000 young Scots aged between 14 and 17 which was conducted last May by Edinburgh University found 60 per cent of 14 to 17 year-olds opposed independence with 21 per cent in support.

Peter Dean, managing director of Carrington Dean, is available for interview on the survey findings. To arrange an interview contact Valerie Darroch on the above number. We can also supply a photograph of Peter Dean.

Full details of the survey results can be downloaded via the Carrington Dean websi
http://www.carringtondean.com/press-releases/

Carrington Dean Group is a privately-owned Glasgow-headquartered business which offers specialist advice and solutions covering a range of financial problems to personal and corporate clients.
Founded and headed by managing director, Peter Dean, the group includes Your Debt Expert, Scotland’s largest independent debt solutions business. Your Debt Expert has helped more than 20,000 people in Scotland to resolve debt problems since the group was established in 2001.
Your Mortgage Expert provides independent mortgage advice to people throughout Scotland, offering ‘whole of market’ advice. A chartered accountant and former partner at one of Europe’s largest accountancy firms, Peter is an expert in both personal and corporate debt solutions and has advised many companies in turnaround situations.
He has built Carrington Dean into a trusted business with a reputation for providing quality advice from highly-trained financial experts. He is a passionate advocate of the need to provide quality financial education from an early age to help young people gain a better understanding of personal finance issues.

The survey was fully completed by 1,042 young people who filled in an online questionnaire. It summarises the views of teenagers resident in Scotland who are either already 16 or 17 or who are currently 15 but will turn 16 on or before Referendum Polling day, the 18th of September 2014.

There was a broad geographic representation, with respondents from major Scottish cities and towns as well as from Orkney, Shetland, the Western Isles, Ayrshire and the Borders and there was an even 50/50 gender split among respondents.

A total of 90 per cent of respondents are currently at school or attending a further education establishment, five per cent are in full-time employment and the remainder unemployed.