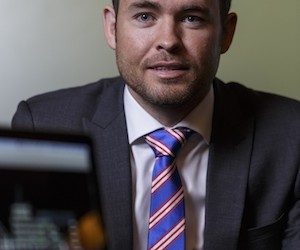 AN Ellon-based engineering company has invested £2.3million in new premises following the rapid growth of the business in two years.

SengS Subsea Engineering Solutions Limited, which was established by managing director, Murray Kerr, in July 2012, has completed work on new manufacturing and test premises at the Balmacassie Commercial Park in Ellon, Aberdeenshire.

The specialist engineering firm, which offers engineering design and consultancy, test and assembly, and IRM project support, has completed over 150 projects since its establishment, and the new premises.

The company currently has a workforce of 12, including an accounts manager, project engineers and CAD operators.

Managing director, Murray Kerr, said: “Most of our work is consultancy but once we move into our new manufacturing and testing facility, we will become a service company providing repair, refurbishment, testing and flushing services for topside subsea applications.

“Looking ahead to 2015, the company aims to expand into tool rentals, manufacturing and cutting services to further increase its market share and the portfolio of services it can offer to its clients.”

SengS, which delivers turnkey packages to its clients, has gained recognition for its achievements in the finals of the highly respected Grampian Awards for Business Excellence 2014, in the Business Success Under Three Years category.

Finalists in the competition, which is run by Enterprise North East Trust (Enterprise), along with headline sponsors RBS – Ahead For Business, consists of 28 contenders in the ten award categories, including young up-and-coming businesses, family-owned enterprises and long-established companies in the Grampian area.

The winner of the award, which is sponsored by RBS Ahead for Business, will be announced at the black tie awards gala ceremony, which takes place at the Mercure Aberdeen Ardoe House Hotel and Spa on Thursday 26 June 2014.