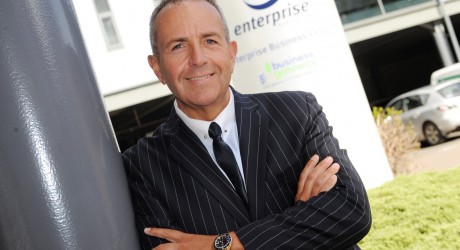 THE chief executive of Enterprise North East Trust has been appointed as an honorary professor at the University of Dundee.

Gary McEwan of Enterprise, which offers a range of services for new and growing businesses across the North-east and Tayside, received the title in recognition of his contribution to entrepreneurship and youth enterprise in the area.

Mr McEwan became an honorary fellow at the university in 2013, supporting and mentoring undergraduates participating in its entrepreneurial initiative, the Enterprise Gym.

The project was established to support students with an interest in enterprise and entrepreneurship, and his work has seen participant figures rise from 200 to over 1,000 entrepreneurial undergraduates this year.

He is currently working with the university to create a strategy to help it become the leading entrepreneurial campus in Scotland.

Mr McEwan said: “It is a great honour for me to take on this role. The university shows how an institution, which is focused on academia, research, learning and qualification, can extend its reach to add value to those with a leaning towards an entrepreneurial future.”

Professor Pete Downes, principal and vice-chancellor of the University of Dundee, said:  “Gary plays a prominent role at the university and his appointment is essential as we strive to be seen as the leading entrepreneurial university in the country, inspiring its students to use the power of entrepreneurship to create economic and social value.”

Dundee University’s entrepreneur in residence, Scott Brady, said: “This appointment is great news for the future of Scottish enterprise particularly as the news comes in the same week as the creation of the new body Entrepreneurial Scotland. Gary plays an important role in both institutions.”

Alongside Mr McEwan’s role as chief executive of Enterprise, he is a director of the Entrepreneurial Exchange, recently joining forces with The Saltire Foundation to create Entrepreneurial Scotland.

He received The Queen’s Award for Enterprise Promotion in 2005; UK Entrepreneur of the Year in 1993; and was the first inductee in the Livewire Hall of Fame in 2006.