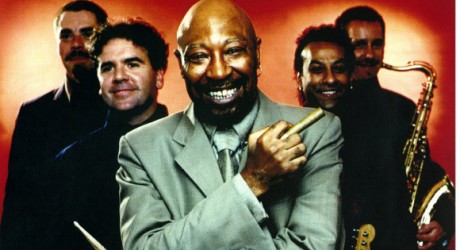 GLASGOW has over 70 music venues, from the Hydro, Hampden Park and SECC to numerous bars and cafes.

So why set up yet another venue? It’s expensive, inconvenient and you can’t find it on googlemaps.

The Rio Club (which will run during Glasgow Jazz Festival between 25 and 29 June only) is situated under Merchant Square. It is a real pop up venue. Staging, lighting, sound, furniture and the bar will all need to be taken into the venue.

But the atmosphere will be great. Dark, with low ceilings and space for a couple of hundred only, it is the temporary nature of the venue that makes it special.

The Rio Club will be produced bythe Rio Café (who run regular jazz sessions every week in their West End café/bar) with the Glasgow Jazz Festival.

The Rio Cafe ran a trial version of the club in 2012 hosting three gigs. Iain McLean from Rio Café had found the space when he’d worked for Merchant Square for a St Patricks Day event.

He’d seen the basement space, which was used for storage and a photographers studio, and saw the potential as a performance space.

The Rio Club will host a number of the top acts at this year’s festival – from MOBO winners, Sons of Kemet; top young vocalist, Zara McFarlane (recently featured on ‘Later… With Jools Holland’ with her version of ‘Police & Thieves’); Glasgow’s own Federation of the Disco Pimp; 60’s soul legend, Geno Washington; and DJs, Rebecca Vasmant and Mark Robb will be doing a live DJ jam with horn players.

Jill Rodger, Glasgow Jazz Festival director, explained: “We wanted a space where we could host our Late Night Jazz Club and some acts that were too large for the Recital Rooms in the City Halls, but too small for the Old Fruitmarket.

“We’ve worked in many venues around Glasgow, but were excited by the prospect of the pop up in the Merchant City.”

Full details of the Glasgow Jazz Festival programme can be found at www.jazzfest.co.uk.

Now entering its 28th year, the Glasgow International Jazz Festival returns this June with a superb line-up of world-class acts from across the jazz spectrum. With the city due to host the Commonwealth Games in July, the festival has embraced the Commonwealth spirit of accessibility and inclusion by programming a line-up as inviting to the jazz newcomer as well as aficionados of the genre – legends such as guitarist Martin Taylor, saxophonist Courtney Pine, trombonist Dennis Rollins Velocity Trio and free-jazz cult hero Evan Parker, line-up alongside fresh talent the likes of singer Zara McFarlane, Cinematic Orchestra guitarist Stuart McCallum, and MOBO Award-winners Sons of Kemet, with established names such as Neil Cowley Trio (performing from their eagerly anticipated fifth album, ‘Touch & Flee’), Jacqui Dankworth and Todd Gordon and Geno Washington & The Ram Jam Band also set to descend on Scotland’s UNESCO City of Music.

To celebrate the Commonwealth Games the festival will also play host to a day of music centred on Jamaican musical influences, featuring sets from the aforementioned Courtney Pine’s House of Legends, Jazz Jamaica and a Jamaica-themed Classic Album Listening Session.