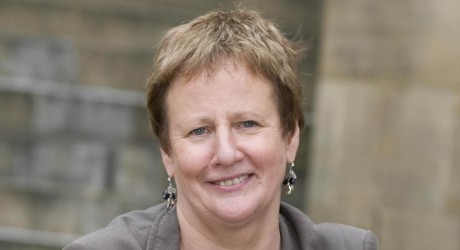 In publishing its annual report, Maggie Cunningham, chair of MG ALBA, said the organisation has responded well to a fast-changing media landscape and continually strives to improve the benefits and impacts of Gaelic media.

MG ALBA operates BBC ALBA in partnership with the BBC, as well as the first-stop learners’ website Learn Gaelic and the FilmG short film competition.

During the past year, MG ALBA reported increases of:

The MG ALBA annual report can be read here and a message from Maggie Cunningham can be viewed here.

An average of seven out of ten Gaelic speakers watched the channel every week as part of the three quarters of a million weekly viewers in Scotland.

The availability of BBC ALBA on all TV platforms and on the iPlayer, and the strong appeal of programming to a wide range of audience groups, also ensured the highest ever levels of awareness and approval for the channel.

One of the most noteworthy in the past year has been the success of the iPlayer as a distribution platform for Gaelic programmes, particularly for younger viewers who account for half of online viewing – most of it on mobile devices.

Additional funding from the Scottish Government and the Department of Media, Culture and Sport is enabling MG ALBA to enter long-term supply arrangements with the creative industries in Scotland.

Ms Cunningham said: “This promises to add value and increase cultural wealth within communities, as well as to create improved economic health in the sector. We expect outcomes to include higher quality content, heightened demand and diversified markets and audiences.”

Progress is being made on delivering the strategic objectives of MG ALBA – to grow BBC ALBA satisfaction among the core audience while maintaining national reach; to foster a culture of media entrepreneurship and creative leadership; and to secure a long-term settlement for the channel that will enable it to increase average daily originations from 1.7 hours to three hours.

“We are committed to driving forward Gaelic media strategies in partnership with the BBC and with the Gaelic language agency, Bòrd na Gàidhlig and we will be working harder in the coming year to find new ways to engage, delight and surprise our audiences, and inspire more people in Scotland to get involved with Gaelic media.”