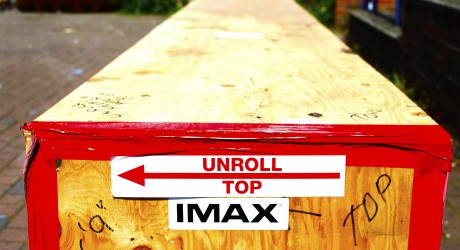 VISITORS to Perth’s newest cinema experience are being promised the ultimate big-screen entertainment with the arrival of IMAX to Perth Playhouse.

The cinema has revealed that it is to install a screen more than 60 per cent larger than its previous screen which is going to make going to the movies an even more special experience for local film fans.

The size of the new IMAX screen- or for true action movie fans, the real-life equivalent to the Transformers robot, Optimus Prime- will allow movie goers to really feel that they are part of the movie.

But it is not just the eyes that are in for a treat, as a four sub ‘sonics’ sound system will also be installed, providing viewers with some of the world’s sharpest sound technology.

He said: “This really will be the ultimate in big-screen entertainment.

“The current screen at the Playhouse is poorly designed with ventilation taking over some of the screen space.

“With the new IMAX experience we are bringing the screen forward and using the whole space that the current screen occupies. Combined with the IMAX dual projection, it will provide not only a better quality picture but a remarkable increase in screen size.

“We’re very confident that this significant improvement in screen size and sound quality from IMAX will be a winning combination for cinema-goers from across Perthshire, Tayside, Fife and possibly further afield.

“The sheer size difference alone will give people a completely new and exciting experience that I think will change the way people watch movies, allowing them to truly immerse themselves in the experience.”

Work began on the major refurbishment of the B-Listed art deco building in Murray Street on April 1. It is hoped to carry out the major installation work of the IMAX screen in mid June with the official launch expected to be in mid-July.

The development represents a major investment in the town and region by Playhouse owners, G1 Group.

Ken added: “For anyone who has not seen a film on an IMAX screen yet really has to see it to believe it. The combination of high-definition pictures and sharp sounds really lets the audience transport themselves into the films.

“Hopefully we can introduce this new concept to a lot of people in the area and look forward to hearing their feedback from the unique experience.”

The agreement between G1 Group and the IMAX Corporation will see the Playhouse hosting the only IMAX cinema outwith Glasgow and Edinburgh.