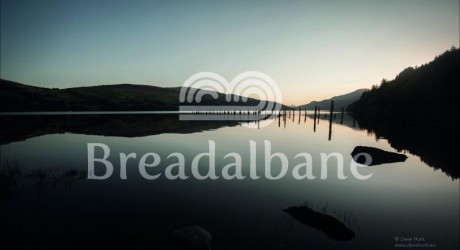 THE Breadalbane Tourism Co-operative has this week unveiled a new look for the region, claiming the moniker, ‘The High Ground of Scotland’, a translation from the Gaelic name for the area ‘Braghad Albain’, in a bid to capitalise on increased tourism visitors to the region ahead of this year’s Ryder Cup.

The new branding has been developed by Greybridge Design in Fife and pays homage to the historic stone circles and ancient trees that define the area, prominently featuring photographic works by Killin-based photographer, Dave Hunt, whose evocative images capture the spiritual, historic and undiscovered elements the High Ground of Scotland: Breadalbane.

Breadalbane, which incorporates Crieff, Aberfeldy, Kenmore, St Fillans and Killin, and skirts the areas that will play host later this year to the Ryder Cup, and next year’s T in the Park festival, both of which expect to attract hundreds of thousands of visitors to the region.

Ken Chew, chair of The Breadalbane Tourism Co-operative, commented: “The timing is absolutely right to get the message out that Breadalbane is one of the most beautiful and somewhat undiscovered areas of Scotland.

“The new branding, combined with Dave Hunt’s spectacular images, tell a real and evocative story of an area that encompasses Rob Roy Country, Loch Tay, Strathfillan and Strathearn and is the ultimate destination for those who love a landscape steeped in history.”

Mike Cantlay, VisitScotland chair, said: “We are delighted to have been able to support the development of this stunning new branding through the VisitScotland Growth Fund.

“It’s fantastic to see tourism businesses across three regions working together, and I’m confident that the Breadalbane Tourism Cooperative will go from strength to strength.

“2014 is a crucial year for tourism with a host of Homecoming Events taking place throughout the year and the Ryder Cup being hosted in Perthshire in September. The eyes of the world will be on these areas and it is their chance to shine.

“The Breadalbane Tourism Cooperative is to be congratulated on their efforts to work in partnership to maximise all the potential economic benefits in this historic year.”

As part of the roll out of the new brand, the group are highlighting a series of new ‘Rings’ of Breadalbane which builds on the success of their popular, award-winning Ring of Breadalbane Explorer bus, which opened for the 2014 season on the 1st June.

Additional ‘Rings’ include a series of circular walking trails, cycling trails and, aptly, a Golf Ring and Angling Ring to highlight the area’s extensive golf courses, lochs and rivers.

The project has secured funding from VisitScotland’s Growth Fund to assist with its promotion.