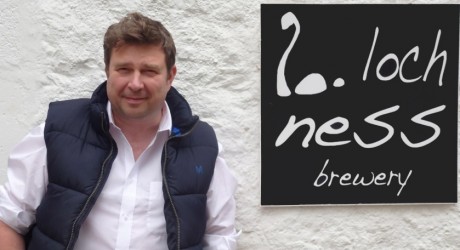 AN Inverness craft beer festival is brewing up a treat after securing some of Scotland’s finest craft beer producers for the inaugural food and drink event.

Just under 1,000 tickets have been released for North Hop, a two-day festival, which is set to take place at the city’s Eden Court on 29 and 30 August, and will include top names from the craft beer industry, drinks companies and food producers.

The ten breweries will have over 50 different beers and ciders available for festivalgoers to enjoy.

North Hop is the first large-scale craft beer festival to be held in Inverness and aims to raise awareness of the craft beer industry in Scotland.

The event will showcase a wide range of food and drink produce, from across the country and will also feature ciders, cocktails, artisan gins, street food, and a number of independent musicians.

Festival organiser, Michelle Russell, said: “It’s great that we have sold out of brewery spaces over two months before the event with a very strong line up of brewers.

“We’ve still got a few foodie exhibitor spaces left; however, I have a feeling they will be snapped up quickly.

“The development and trend of craft beers has increased dramatically over the past few years and craft beer now seems to be popular with not just men, but women as well. It’s great to see how successful it is, as being a fan of craft beers I think it’s really important that we embrace this and showcase good Scottish produce at its finest.”

Festival exhibitor, Loch Ness Brewery, which has been trading since 2011, will be launching its new beer, inverNESS, at the festival.

The 4.5% abv golden beer will go on sale exclusively for the first time at North Hop.

Operations and development director, George Wotherspoon of Loch Ness Brewery, said: “We share North Hop’s passion for the Highland beer scene and for years now highland breweries have been punching well above their weight in award recognition.

“This festival is a celebration of beer and with it just being 20 minutes up the road from our brewery, we’d be mad to miss out.”

North Hop will run from 4pm until midnight on Friday 29 August, and from 12 noon until 12 midnight on Saturday 30 August. The festival is for over 18s only.

Tickets for the festival are now available via the North Hop website www.northhop.co.uk or call the booking office at Eden Court on 01463 234234.