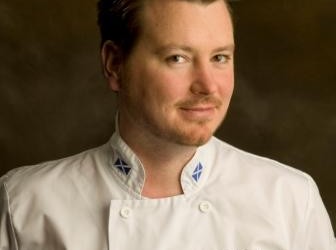 THERE has been an extraordinary growth in online learning, which has been equalled only with the growing interest in everything to do with cakes, so it was only a matter of time before the two came together.

Paul Bradford has been making cakes since the age of seven with his gran and always had an ambition to open his own designer cake shop one day, and this was long before designer cakes came into fashion.

After studying baking at college, and serving a bakery apprenticeship, he worked at Oliphant’s Bakery in Linlithgow and other cake shops to gain experience before opening his first shop in 2002 just off Linlithgow High Street at just 23.

Business grew from strength to strength until he had seven outlets with 35 staff and can proudly boast to having made cakes for the Queen, Prince Charles and Prince Albert of Monaco as well as an ‘A’ list of celebrities.

However, it was in teaching that his passion lay so he set up the Sugarcraft School and sold the cake business to ensure he was entirely focused on his chosen route. His business partner, David Brice, always had a flare for technology so between them came up with the Online Tutorial concept.

“The idea was to create a portable business than can be run from anywhere in the world with a broadband connection, which resulted in the pair enjoying life living in Spain.”

With it being a membership site, there is a commitment for Paul or one of his guests to create a weekly tutorial covering all levels of cake design and has members signing up from all over the world to view the weekly courses and the backlog of some 1,800 lessons.

There are over 75k members worldwide and the site has over 165k worldwide monthly visits, 2.8 million YouTube views and a number lots more very impressive stats.

If that weren’t enough, Paul Bradford has really made a name for himself on the world stage of cake decorating and with appearances on TV, Craftsy, at Cake International and heading off to the states in February for a special guest appearance at their big Cake Show.

His style of teaching and techniques allow for a WOW factor design to be finished in a short period of time a style that has had him teaching throughout Europe, US, Dubai and next year has tours planned for Australia, New Zealand, Canada, India and Mexico.

So where does Scotland come in? With so many special guests and now plans for live streaming classes across the world they are keen to return to where it all started in Linlithgow, West Lothian.

Here, they will attract the top cake designers from across the world to create online tutorials and to teach in the classroom and also have Paul running courses back in Scotland again for the first time in a long while.

This will put Scotland centre stage in the Cake Decorating industry, create jobs and with lots of free lessons look to give something back.