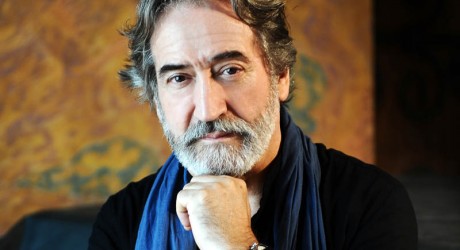 A MAJOR musical pioneer who uses music to improve cultural relations, the grand-daughter of Nelson Mandela – philanthropist and business-woman, and the Director General of UNESCO are among the cultural leaders who will be bringing the cultural debate to life at the Culture Summit this week.

The second event of its kind, the Edinburgh International Culture Summit will see delegations from across the world coming together for a truly international event. From Zambia to Brazil, and Latvia to Korea, Ministerial delegations will meet at the Scottish Parliament today, Sunday 10 August.

Irina Bokova, Director General of UNESCO will consider culture and creativity and the importance of inclusive sustainable development. Simon Anholt, a world leader on ultra-wide scale human engagement will consider how we value and evaluate culture – this will be explored further by Australian musician, artist and writer, Robyn Archer, and Michael Power author of seminal work, ‘The Audit Society: Rituals of Verification’.

Consideration will be given by leading expert Saskia Sassen to how civic cultures develop and an in-depth analysis will be given by Benjamin Barber on the culture of the city. Kent Larson, director of MIT Media Lab’s Changing Places Group will give a special presentation on technologies being developed for urban data analysis.

Other esteemed speakers Danilo Santos de Miranda, Sao Paolo Director of Brazilian arts funding agency Serviço Social do Comércio (SESC), will talk on the success of the SESC Funding Model and artist Paul Carter will present on ‘Place-making and Storytelling’.

Hosted by the Scottish Parliament, Summit 2014 is set to be a lively and exciting event, with cross-cultural exchange at the fore.

“It is a great pleasure to welcome politicians and practitioners from across the globe to Edinburgh today, to a wonderful city at its most diverse and dynamic with the largest annual celebration of the arts in the world fully underway.

“Culture and the Arts have an inestimable impact on the vibrancy of the world we create and on the strength of the relations we create with each other.

“The Edinburgh International Culture Summit exists to make the argument for culture and the arts as an essential enlargement of the circumstances in which we imagine our lives.

“I wish our visitors well in their deliberations at the Summit, and trust that your time in Scotland is inspiring and rewarding.”

“The Scottish Parliament is proud to welcome cultural leaders from all over the world for the second Edinburgh International Cultural Summit. This Summit is about bringing culture and politics together, using culture as a means to engage in dialogue and share ideas.

“At the Scottish Parliament we are no stranger to this. We support culture as a way of bringing people into the Parliament to engage them in the political process, whether it’s the Great Tapestry of Scotland or our Andy Warhol exhibition.

“I look forward to chairing what will no doubt be a creative, thought-provoking and enlightening debate.”

“The Arts and Culture Scene in Scotland is currently abuzz with energy, ideas and discussion, and this Culture Summit offers another opportunity to celebrate not only Scotland’s creativity, innovation and imagination but that of nations and countries across the globe.

“The Summit will see Culture Ministers, artists and cultural experts from around the world converge in Edinburgh.

“We believe that culture is a bridge that enables dialogue between nations and this Summit is particularly appropriate at a time when the eyes of the world are already focused on Scotland for the Glasgow Commonwealth Games and other events of 2014.”

“The UK’s culture is world-renowned and this year’s summit will allow us to highlight this country’s unique and varied cultural offer, but also to bring other countries together and explore the opportunities cultural dialogue can bring, building relationships and boosting business too. The range of speakers and attendees from around the world will ensure we can strengthen both our cultural and wider relationships and I look forward to seeing everyone there.”

“Scotland’s historic capital has culture and learning at its heart and is perhaps the greatest cultural festival city in the world – and that makes Edinburgh a fitting place to stage the summit. Building on the success of the first event in 2012, this August’s summit will bring together culture ministers from every continent and especially the Commonwealth. The themes this year include the value of culture and how to measure it, and, at different ends of the spectrum, the roles of cities and international organisations. These themes matter to all countries, and I anticipate a productive exchange of knowledge and ideas while building strong international ties in the process.”

For more on the Culture Summit, please visit www.culturesummit.com  and Tweet us @CultureSummit

8. Supporting the Summit and adding extra colour and depth to the theme ‘Culture – A Currency of Trust’ will be new programme partners the Aga Khan Music Initiative (AKMI), launched in 2000 by His Highness the Aga Khan; Asialink at The University of Melbourne; and the United Cities and Local Government (UCLG) Committee on Culture – Agenda 21.  These partners will widen the reach and range of theSummit’s global cultural conversations.