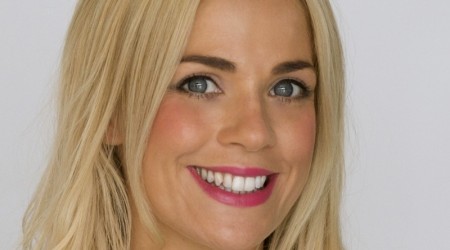 SCOTTISH TV presenter, columnist and broadcaster, Cat Cubie, has announced she is to take part in this year’s Macmillan Cycletta Scotland, the UK’s leading cycling series especially for women, which returns to the grounds of Scone Palace on Sunday 5th October.

Cat, a former weather girl and keen cyclist, has recently graced our screens in the recent BBC magazine show, ‘On The Road 2014′, and worked as an official host of the Commonwealth Games Gymnastics, a sport in which she participated in as a child, as well as a cultural programme about events surrounding the Games for BBC Radio Scotland.

As an ambassador for Macmillan Cancer Support, she hopes her commitment to participate in this year’s Macmillan Cycletta Scotland will inspire other ladies to sign up and fundraise.

Cat commented: “I love cycling and, because I was working at different events during the Commonwealth Games, I was using my bike to get to and from each of the venues which should gave me some good training!

“Cycletta is such a great event and I support any opportunity that encourages women and young ladies to get involved with sport. Hopefully, the Commonwealth Games in Glasgow has inspired ladies across the nation to sign up and take part.”

She commented: “My family, like many others, has been affected by cancer and Macmillan Cancer Support is such an amazing charity, it is an absolute pleasure to help raise funds for them.”

Shirlie Geddes, fundraising manager for Macmillan Cancer Support, is delighted to have Cat on board.

She said: “Cat has been an ardent supporter of the charity and to have her raising money and taking part for Macmillan is fantastic. It’s incredible to get such support at what is a wonderful event for Scotland.”

This year ladies can sign up for 20km, 40km, 70km and a newly-introduced 100km route for the more serious cyclists.

Young ladies aged between 12 and 16 years-old can also take part when accompanied by an adult, opening the event up to as wide an audience as possible.

Dan Lipman, of event organisers Human Race, said: “We are thrilled with the response since we launched our first Cycletta Scotland event last year and even more so that the event is starting to capture the attention of someone like Cat. We look forward to welcoming her to the Scone Palace and encourage everyone to support her fundraising efforts as much as possible!”

The Cycletta website www.humanrace.co.ukcycletta offers an array of information on training, race day advice and bike maintenance and you can keep up to date with all the latest news and developments on the official facebook page www.facebook.com/cycletta

To confirm your place for the event please visit:  www.humanrace.co.uk/cycletta