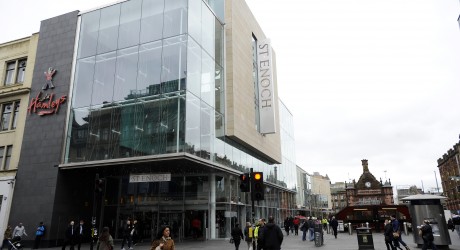 BIG retained the account following a competitive pitch against a number of other firms.

The communications strategy will focus on strengthening St. Enoch Centre’s position as one of Glasgow’s leading shopping destinations, working alongside flagship brands, such as Debenhams, Hamley’s, Disney, and H&M.

Alex Barr, founding director at The BIG Partnership, said: “After almost a decade working with St. Enoch, we have an exciting pipeline of activity planned for 2015. Glasgow has firmly established its reputation as the best shopping destination in the UK outside of London and St. Enoch Centre is a hugely important part of the city’s retail mix.

“2014 has been an enormous year for Glasgow and it’s important we really build on that momentum next year. We’ll be using a variety of tactics across a range of platforms including experiential marketing, broadcast, print and social media to drive footfall and highlight the centre’s compelling mix of retailers.”

St. Enoch, which recently celebrated its 25th anniversary, secured a number of new retailers in 2014 including a flagship Mothercare store, Ed’s Easy Diner, and Rohan which opens later this month. The centre attracts more than 19 million visits each year, with a catchment of 2.2 million people within a 45 minute drive.

Anne Ledgerwood, St. Enoch Centre general manager, said: “Effective communication is a vitally important element of our overall strategy as we look to drive growth in the number of customers and tenants in the centre. Retail is a ferociously competitive market in Glasgow and it’s vital that we stand out from the crowd.

“We’re looking to promote St. Enoch across all our communications channels as the top choice for shoppers, not only locally, but across the UK. After a robust pitch process, we reappointed BIG because of their professionalism and understanding of our business and we’re looking forward to building on the great work we’ve done together.”

For more information, please contact Campbell Hart or Peter McFarlane on 0141 333 9585 or firstname.lastname@bigpartnership.co.uk

The BIG Partnership is the largest PR and digital marketing agency outside of London. With 350 clients, it employs 110 people across offices in Glasgow, Edinburgh, Aberdeen, Fife, and Liverpool. The firm was founded in 2000 and offers fully integrated PR and digital communications services to clients across the UK.