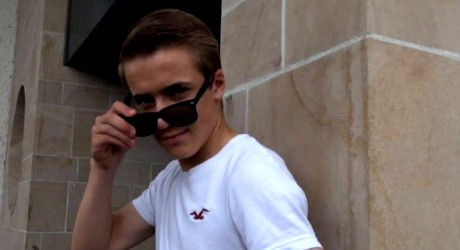 An amazing 79 films have been entered for this year’s competition, with 51 submissions in the Youth category and 28 adult entries.

All films can now be viewed online from today and voting for your favourite film is now open until the March 20 – the week before the glitzy awards ceremony in Glasgow.

As usual there was a strong entry in the Youth category with youngsters covering a variety of topics including the First World War with films such as ‘Gealladh an t-Saighdeir’ (The Soldier’s Promise) by Plockton High School and ‘Cogadh gun Chiall’ (Senseless War) by Mallaig High School.

Other films like ‘An Agallamh’ (The Interview) by Lochaber High School covered the challenging issue of self-harm whilst Sgoil Shamhraidh Dhrama (Gaelic Drama Summer School) decided to go for comedy with their film ‘Gaol an t-Samhraidh’ (Summer Love).

The Open Category saw an increase in the number of films made by community groups including‘Siuthad a Sheònaid’ by Skye Highland Dance Group, Dannsairean an Eilein Sgitheanaich and ‘Gealladh Dualchais’ (a promise to our heritage) by Gairloch Heritage Museum. These films were made possible by additional funding from the Scottish Government specifically for workshops with community groups.

FilmG was as popular as ever with students from around the country. These include an animated film, ‘Romansa Sèimh’ (Gentle Romance) by Duncan and Jordonstone animation student Fiona McAndrew as well as five films by students at Sabhal Mòr Ostaig, Scotland’s National Centre for Gaelic Language and Culture.

FilmG project manager, Floraidh Forrest, said: “It is great to have another crop of Gaelic films available online from this year’s competition. Those who made films have gone to a lot of effort in terms of developing their stories, as well as filming and editing, and we’ve had great fun watching their entries. We can already spot the stars of the future shining through!”

Iseabail Mactaggart, who supervises the project on behalf of MG ALBA, is also delighted with this year’s competition: “FilmG keeps going from strength to strength and it’s great to see a record number of entries in the seventh year of the competition.

“Yet another increase in entries in testament to the effort of FilmG project staff in engaging both young people and adults in both the art of filmmaking and the language of Gaelic. The project helps to build confidence in language media skills but it also brings lots of interesting and creative ideas to the fore.”

All films can be viewed online at www.filmg.co.uk. The judges will decide on their shortlists in the middle of February, with the winners being announced at the glitzy awards ceremony taking place at the Old Fruitmarket in Glasgow on Friday 27 March.

For more information please contact Gary McQueen at Media House on 0141 220 6040 or emailgary@mediahouse.co.uk