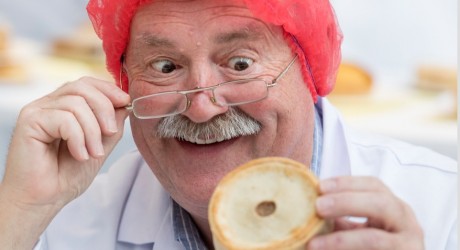 19th World Championship Scotch Pie winner 2018 will be announced at 3.00pm on 9th January 2018 in Cumbernauld

Press are invited to join us from 2.00pm with the winner expected to be announced at 3.00pm followed by interviews and a photo call at 3.30pm.

“On the 11th January 2017, when Carol Smillie announced Brownings as ‘World Scotch Pie Champion 2017′, I simply could not believe it.

“I had waited for literally 18 years to hear my name called and it was the best feeling ever.

“The reaction from the local community, all of my team at Brownings, our loyal customers old and new, our family, friends, colleagues within the bakery industry… well, it’s been overwhelming.

“Everyone within the local community are saying that Brownings winning this amazing accolade has been great news for all the towns and local areas we have shops in. Business has been great since winning, too.”