Media Release: Hardeep to cook for you and your family in the comfort of your own home! 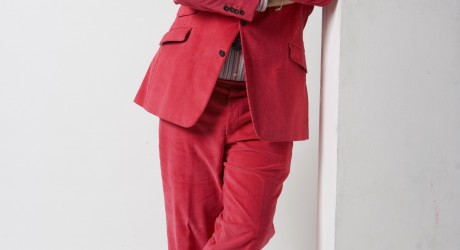 CELEBRITY broadcaster, raconteur and renowned foodie, Hardeep Singh Kohli, is to cook for families in the comfort of their own homes – then sit down for the family meal and regale them with humorous anecdotes about life on the celebrity circuit.

Recently appointed an official ambassador for Scotland’s Year of Food and Drink, Glaswegian, Hardeep, who was runner-up on the first series of Celebrity Masterchef, is a keen semi-pro cook who is currently performing to sell-out audiences throughout the UK on his ‘The Nearly Naked Chef’ show, which serves up a delicious night of laughter and cooking.

Hardeep said: “I’ve been combining cooking with comedy for a while now – but now I’m going to bring it all back home by offering to cook for families in the comfort of their own homes.

“This new format enables me to combine my twin loves of cooking and chat on a far more personal basis than is possible in a theatre and, while it will help me get to know my audience better, I can hopefully prepare a delicious family meal and offer some cooking tips along the way.

“In fact, in addition to preparing the meal, I’ll be serving it and will even be helping with the washing up!”

Families interested in booking Hardeep to cook exclusively for them in the comfort of their own homes can do so by calling Susan on 07971 823651.

MEDIA RELEASE posted by Liquorice Media. You too can most media releases (aka press releases) on allmediascotland.com. For more information, email here.