Media Release: The Fox & Ferret’s a hit in Hamilton 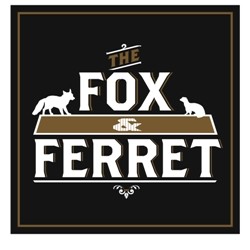 IT opened with a bang in time for Guy Fawkes Night and, already, The Fox & Ferret has quickly established itself as a hit in Hamilton.

Located at 9 Townhead Street, on the site of the former Amigo’s Bar and Restaurant, the reasons for the popularity of the new venture is not too difficult to determine – The Urban Pub Company has transformed the unit into a relaxing place for daytime trade with food served from 12 noon till 9pm with daily specials and two meals for £9 during the week.

There is also live entertainment from Thursday night through to Sunday afternoon with a range of live bands and DJ’s to suit all.

A spokesperson for Glasgow-based The Urban Pub Company, owner of The Fox & Ferret, said: “We’re delighted with the response we’ve had from locals to the opening of the first ever Fox & Ferret in Hamilton, which aims to bring a refreshing new quality hospitality offering to the town in its serving of quality food and drink at reasonable prices.

“The Fox & Ferret has already proven its appeal amongst young couples, affording them a degree of privacy, as well as to a bunch of guys out for a few beers, girls out to enjoy a glass of fizz and larger parties of friends out to celebrate a special occasion over a meal and a refreshment.

“Hamilton has recently suffered from neglect by major licensed operators, and we are delighted that The Fox & Ferret is showing that it’s able to give locals the quality of licensed offering the town has so desperately needed.”

The opening of The Fox & Ferret marked the first stage of an expansion strategy recently announced by The Urban Pub Company aimed at opening up a string of new outlets all based on the concept of serving a quality food and drink offering at reasonable prices in locations neglected by major licensed operators.

This week the pubco launched its first Rat & Parrot outlet in Bishopbriggs, which will be followed closely by The Dog & Duck in Cambuslang.

The Urban Pub Company operates a number of licensed premises throughout the Central Belt, including: The Lincoln Inn, on Glasgow’s Great Western Road; 1901 on Pollokshaws Road; The Wise Monkey, Great Western Road and The Scotch and Rye in Summerston. It also manages a number of outlets on behalf of various pubcos and independent operators. This management side of the business has flourished in the last six months, adding six outlets to a burgeoning portfolio.

MEDIA RELEASE posted by Liquorice Media. You too can post a media release (aka press release) on allmediascotland.com. For more information, email here.