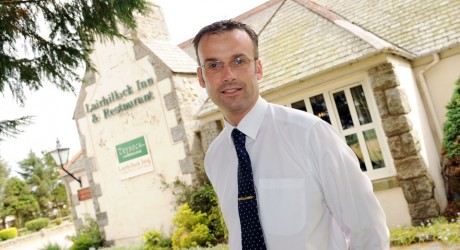 A NORTH-east family-run restaurant is celebrating after being announced as a finalist in two prestigious awards in the last month.

The historic restaurant, which was taken over by the Law family in 2007, is renowned for its home-cooked local favourites and Scottish classics that are freshly prepared each day.

The Lairhillock Inn is one of four finalists in the Grampian Restaurant of Year awards, which are organised by Hospitality Training, Scotland’s only industry-owned group training association.

The restaurant will now by judged by an assessor who will dine at the restaurant later this month, evaluating the quality and friendliness of service, ingredients and flavours, ambience and cleanliness, as well as knowledge of menu and quality of service.

The popular restaurant has also made it to the final rounds of the annual Trend Lifestyle Awards, which recognise local businesses for their achievements and contribution to the North-east of Scotland, and are judged by an independent panel of experts.

The ceremony will take place on Thursday 13 June at the Marcliffe Hotel and Spa.

The Lairhillock Inn, which is believed to have a 200 year-old history, is very much family-run with all family members playing an important role in the running of the business.

The family have remained true to the original concept of the restaurant, offering something unique to the North-east, with its traditional Scottish style and character throughout.

“Since we took over in 2007, we haven’t really entered any awards so to be shortlisted on our first time is great but it came as a big shock.

“Fingers crossed the judges will see what we are trying to do at the restaurant and that is, providing the North-east with traditional Scottish food using only the best local produce, with nothing frozen or pre-prepared.”

The restaurant, which is only a 15-minute drive from the city centre, is passionate about sourcing only the finest produce from local suppliers in the surrounding areas.

The Inn boasts its own gastropub, complete with crackling open-wood fires and conservatory overlooking the Scottish countryside.

The Lairhillock also has two function suites, The Crynoch and Ostlers, which are separate from the Inn and can be hired out for any occasion from family parties, corporate events and intimate weddings.