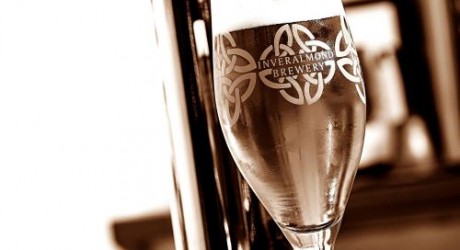 THE Inveralmond Brewery, an independent brewer of craft beers based in Perth, has announced it is to enter a specialist off-trade selling alliance with the UK’s biggest independent wine company, PLB Group.

The alliance will see PLB’s beer division representing Inveralmond’s core range of premium bottled beers in the specialist off-trade sector across the UK, as well as tactical sales management of the grocery sector in England.

The Brewery has made several significant announcements in recent weeks signalling growth, including the appointment of Andy Agnew to its board of directors and former Kopparberg account manager, Phil Kilpatrick, to the role of business development manager.

PLB will represent Ossian, one of the best-selling premium bottled ales in Scotland, Lia Fail, Thrappledouser, Blackfriar and Santa’s Swallie. Barney’s Beer of Edinburgh, for which Inveralmond are distributors, will also feature in PLB’s portfolio.

“PLB’s knowledge and understanding of the specialist sector’s needs make them the perfect partner for our business. Our customers can be assured of an enhanced level of service and a range of new promotional activity which will ensure their craft beer offer maximises its potential.”

PLB beer division’s Martin Howe commented on the importance of the alliance:

“The Inveralmond Brewery portfolio adds depth to our beer offer and brings high quality Scottish craft beers into our growing beer division. We were impressed by the plans Inveralmond have for new bottled products and see an immediate opportunity with a bottled beer being launched as part of their official partnership of Homecoming Scotland 2014.”